Immigrants Account For Over Half of Norway's Population Growth – Report 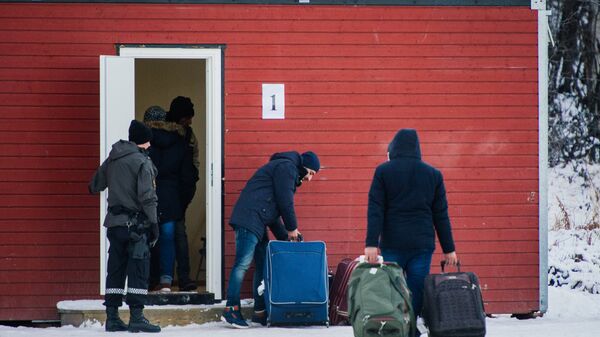 In the words of Statistics Norway, the current situation is marked by stable immigration, declining nativity, an ageing population and a long list of municipalities with dwindling populations.

While net immigration to the Scandinavian country of 5.3 million remained relatively high, totalling 25,300, the overall number of births has fallen over the past decade, suffering a marked drop from 61,800 newborns in 2009.

This has led to a 0.23 increase in the average age of the Norwegian population to 40.5 years, which signals the highest five-year spike since 1971.

Despite an overall population increase, the number of residents decreased in over half of Norway's 422 municipalities, especially in the north of the country.

Overall, Statistics Norway, described the current situation as stable immigration, declining nativity, an ageing population and a long list of municipalities with a dwindling population.

Coupled with recent demographic trends that include low fertility rates among ethnic Norwegians, journalist Helge Lurås of the news outlet Resett saw this as an indication of the percentage of ethnic Norwegians declining rapidly, as they are on their way to “become a minority in their own country”. Comparing the percentage of newborns with an immigrant background and net immigration figures, Resett concluded that at least 53 percent of Norway's “new population” had a foreign background in 2019 (42,300 people with an immigrant background versus 37,000 newborns with an ethnic Norwegian background).

In its 2017 report, Statistics Norway estimated that 52 percent of the population will have an immigrant background by 2100 in a likely immigration scenario. The immigration figures from 2019 indicate that ethnic Norwegians may become a minority well before then. As of now, the total share of immigrants is approximately 18 percent. The fact that there are relatively few immigrants in older cohorts pushes the percentage down somewhat. Among younger age groups, the share of immigrants already exceeds 30 percent.

In recent years, immigration has remained consistently high, with family immigration accounting for about 33 percent of the total figure.