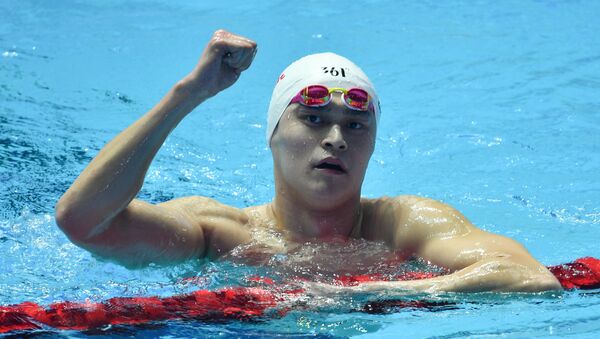 He is one of the most famous athletes in China. Not only did Sun Yang win 11 medals at the world championships, but he was the first Chinese swimmer to win a gold medal. He is also the first athlete in history, to have won the Olympic and World Championship gold medals in every freestyle distance between 200 and 1500 meters.

Chinese swimmer Sun Yang was handed an 8-year-old ban by the Court of Arbitration for Sport (CAS) for violations in drug testing. The decision means he will miss this year's Summer Olympics in Tokyo and sports pundits say it will effectively end his career. "This is unfair. I firmly believe in my innocence," Sun told Xinhua news agency. "I will definitely appeal to let more people know about the truth."
The case stems from an incident, which took place in 2018 when Sun argued with doping control officers, who came to take his blood and urine tests. According to them, the athlete refused, and his mother called for security. Sun said the officers were unprofessional; he said they didn't have the proper paperwork. Initially, the International Swimming Federation (FINA) said the athlete was not guilty of doping violations. However, WADA disagreed and brought a complaint to the Court of Arbitration for Sport.
The Chinese Swimming Association said it was "deeply sorry" about the decision. "The CSA has always held a zero-tolerance stance on doping and attached much importance to athletes' anti-doping education", it said in a statement.