US Designates Leader of Kataib Hezbollah Militia as Global Terrorist 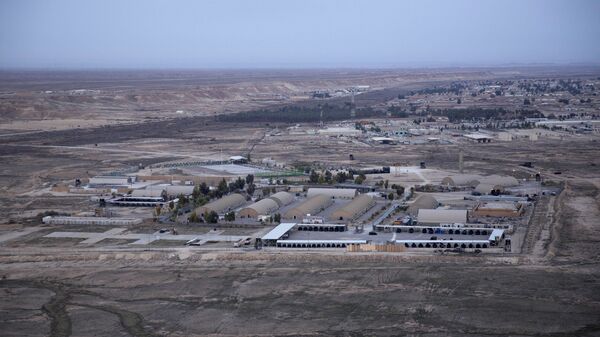 Washington is intensifying pressure on the group, which, according to the US State Department, is linked to the killing of an American military contractor in Iraq in December.

The United States has designated the leader of Kataib Hezbollah, Secretary-General Ahmad Al-Hamidawias, as a "specially designated global terrorist or SDGT" and is targeting him in a new action, the US State of Department said on Wednesday.

"The Kataib Hezbollah group continues to present a threat to US forces in Iraq", US Counterterrorism Coordinator Ambassador Nathan Sales said.

A 27 December 2019 rocket attack on the K-1 airbase in Kirkuk, northern Iraq, killed a US civilian military contractor and injured four US soldiers and two Iraqi security officers, leading to an escalation of the already high tensions between Washington and Tehran.

Following the December 2019 attack, the US conducted a targeted airstrike near Baghdad International Airport on 3 January, killing Iran's top military commander Qasem Soleimani, as well as several other high-ranking military officers. The US justified his killing claiming that Soleimani was responsible for plotting the attacks against US citizens and US interests in Iraq.

However, Iraq's military and intelligence community believe Daesh*, and not Iran-affiliated Khaitab Hezbollah, was responsible for the 27 December attack. "All indications are that it was Daesh", Brig. Gen. Ahmed Adnan, chief of intelligence for Iraqi Federal police at the K-1 base, told the New York Times newspaper.

Soleimani was a highly respected figure in Iran, praised for combatting militant and terrorist groups in the region, including Daesh, and considered an architect of the whole Iran's security infrastructure. In retaliation, Tehran conducted missile strikes against two facilities in Iraq housing US military personnel. 64 US servicemembers were diagnosed with concussions and traumatic brain injuries as a result of those strikes.