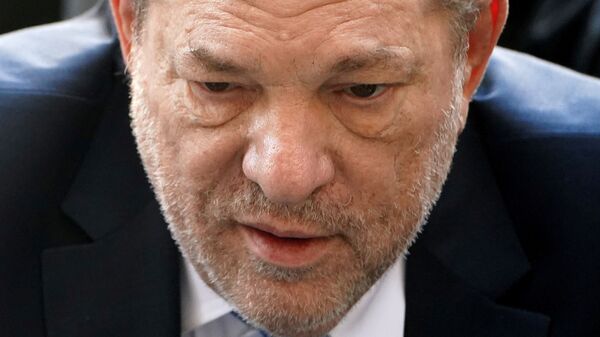 Officials at Rikers Island, where Harvey Weinstein is currently being detained, are taking security measures to ensure that the former Hollywood producer does not harm himself, according to a Wednesday statement from Joe Russo, president of the Deputy Wardens Association.

Weinstein is, according to reports, accompanied by a prison captain and measures have been taken to prevent him from meeting other prisoners.

"He's very high-profile and you can't put him with somebody else", Russo said, adding that Weinstein could be transported to another detention facility to provide for his safety.

"There seems to be a Jeffrey Epstein influence here," , Russo remarked.

Convicted sex offender Jeffrey Epstein died in custody August 2019, while awaiting trial for sex trafficking and pedophilia. However, the lack of evidence concerning his mysterious death have resulted in numerous theories, including that the former financier was murdered.

The former movie mogul was initially indicted on five charges, but acquitted of first-degree rape and predatory sexual assault on 24 February. He could nonetheless face up to 25 years in jail, after being found guilty of the third-degree rape of actress Jessica Mann in 2013, and a charge of first-degree criminal sexual act in relation to former production assistant Mimi Haleyi in 2006.

Beginning in 2017, dozens of actresses and female Hollywood employees have accused Weinstein of rape and sexual harassment, with some accusations dating as far back as 1980. Following the first accusations from alleged victims, Weinstein's wife left him and filed for divorce, while his children have reportedly refused to speak with him.

000000
Popular comments
No..lets leave that for his fellow prisoners to deal with. Just chuck him in there and go have a cuppa ..for a few hours. Reading this article you would imagine him being put up in some flash resort ..private room and all.. The animal deserves all that happens in the run of the mill prison
tw
27 February 2020, 00:22 GMT3
000000
Here's your dressing robe AND CORD Harvey, you know what to do with it !!