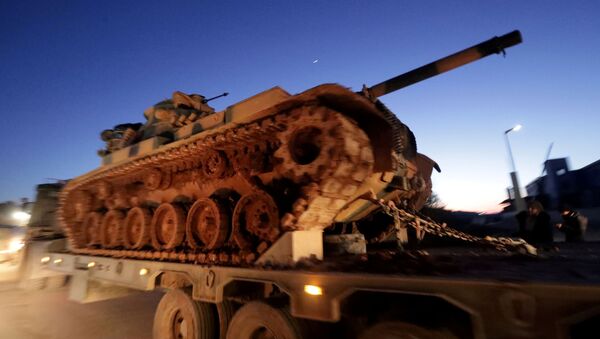 Tim Korso
All materials
Turkey has repeatedly accused the Syrian Army of attacking its forces in the Idlib outposts over the last few months as well as violating the Sochi agreements that established the demilitarised zone in the Syrian province.

Turkish President Recep Tayyip Erdogan stated the time Ankara has given Damascus to pull its troops away from Turkish observation posts in Syria’s Idlib is coming to an end, adding that Turkey will not take the "smallest step back" in the province. Instead Erdogan vowed that Ankara's forces will push the Syrian Army beyond the perimeter of those posts by the end of February.

The Turkish president hasn't ruled out "active involvement" as a mean to achieve the country's goals in Idlib. Erdogan added, however, that he asked his Russian colleague, Vladimir Putin to try and convince Syrian President Bashar Assad to stop the Idlib offensive. Erdogan also claimed that Ankara will create the conditions needed for the safe return of Syrians to their homes in the province.

In a separate comment, the Turkish president also indicated that the country has requested to purchase US Patriot missile air defence systems, but noted that Washington doesn't have any extra for sale and hence can't supply them to Turkey at present. Erdogan stressed though that Turkey has Spanish Patriots deployed in the country at the moment. 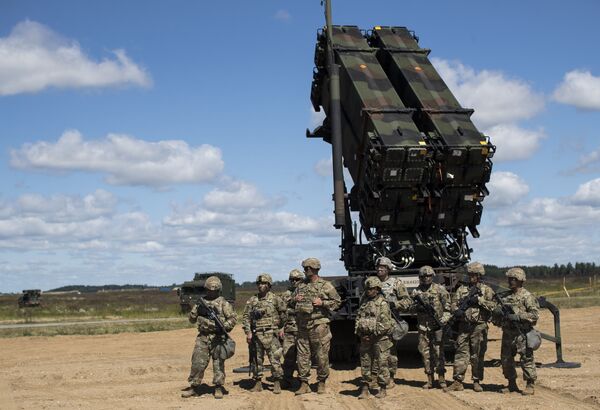 The Turkish president said that his country has not yet received support from the US on the situation in Idlib, but added that he will be raising this issue in his next talk with US President Donald Trump.

The Turkish president's remarks come amid media reports that Ankara was redeploying tanks from across the country towards the border with Syria. The report by Demirören News Agency indicated that armoured vehicles were destined to be sent to Turkish observation posts in Idlib.

The reports were preceded by an ongoing escalation in the Syrian province with Turkish forces claiming to be hit by Syrian Army attacks on several occasions and sustaining losses. Ankara claimed to have responded to these attacks killing and injuring dozens of Syrian soldiers. 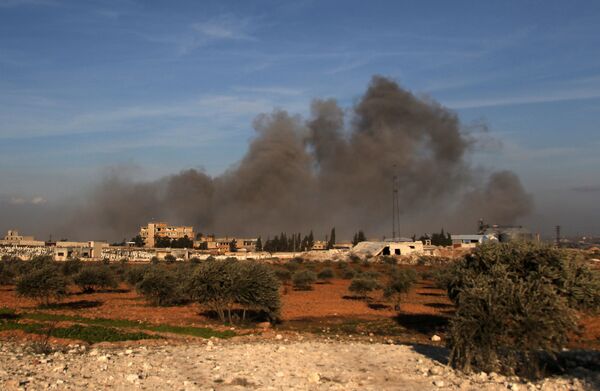 Turkey accuses the Syrian government and Russia of violating the Sochi agreements that established Idlib’s demilitarised zone. Damascus insists that its offensive was a response to continuing attacks from militants in the province and accused Ankara of aggression.

Moscow, in turn, also slammed Turkey for violating the Sochi agreements by failing to differentiate between terrorists and so-called moderate opposition in the province. The Russian Defence Ministry indicated that some of the militants' attacks on Syrian Army positions came under the cover of Turkish artillery.