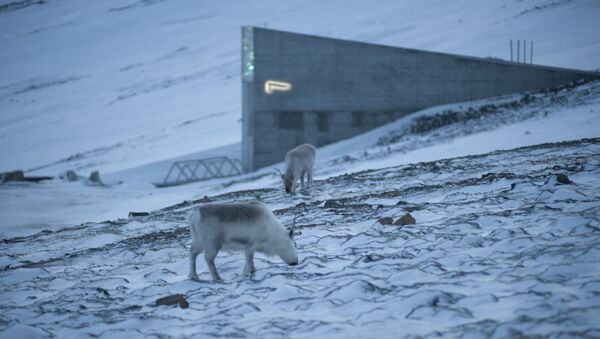 Chris Summers
All materialsWrite to the author
The Svalbard Global Seed Vault, which was built on a mountainside in the Arctic Circle in 2008, has been designed to guard the world’s most important crop seeds. It has been dubbed the “doomsday vault” and compared to Noah’s Ark for plants.

Norwegian Prime Minister Erna Solberg was the guest of honour on Tuesday, 25 February, as 65,000 seed samples from around the world were deposited in the Svalbard Global Seed Vault.

The seeds join a million others which have already been stored in the underground chamber, at minus 18 degrees Celsius, on Spitsbergen Island in Norway's Svalbard archipelago.

Good morning from Svalbard in the Arctic, where Norwegian PM Erna Solberg is at an event today that will see more than 60,000 new samples added to the global seed vault here, to safeguard future crop diversity #SeedVault2020 pic.twitter.com/6hqvkHabJU

​The facility - which is designed to keep the world’s seeds safe in the event of a nuclear war or a devastating global disease - was built by the Norwegian government but a portion of the day-to-day running costs are paid for by the Crop Trust.

Crop Trust spokesperson Cierra Martin said: “It is a safety deposit box for the world’s seed banks who can send their seeds there. There are 1,700 gene banks around the world but they face a lot of different threats from funding cuts to power cuts to floods and civil war and if anything happens to their original collection and they don’t have a back up copy somewhere then that material could be lost forever.” 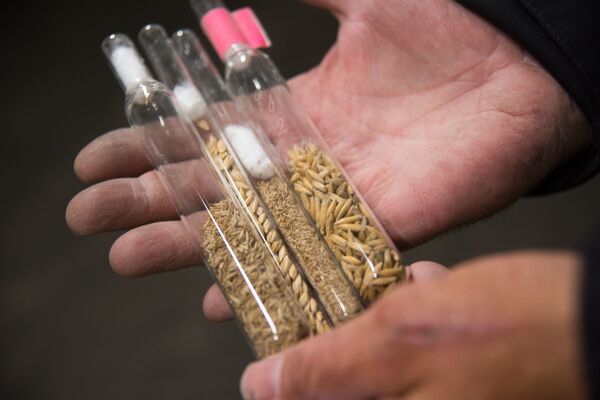 She added: “People like to think of us as this doomsday vault for a future apocalypse but the reality is that there are a lot of problems with seed banks right now.”

In 2015 the International Centre for Agricultural Research in the Dry Areas (ICARDA), which was based in the Syrian city of Aleppo, was forced to withdraw seeds deposited at the Svalbard vault because it was unable to access its own collection because of the intense battle which was raging in the city at the time.

“Our goal is to raise awareness on the #SDGs,” says @erna_solberg. “We have signed a call to action on Target 2.5 to make sure we have food security in a time of climate change. I hope you all will support us in this message!” #SeedVault2020 @Statsmin_kontor @SDGAdvocates pic.twitter.com/phOyYQbGyJ

Two years later it was widely reported that water was seeping into the Svalbard vault as the permafrost melted due to climate change.

Ms Martin said a 20 million euro upgrade was carried out - paid for by the government in Oslo - to create a waterproof tunnel and ensure the vault would remain dry no matter how temperature rises affect Svalbard in the future.

Tuesday marks the first major deposit of seeds since that upgrade and the 65,000 samples have been sent to Svalbard from Germany, Brazil, Morocco, Mali, Israel and Mongolia and the United States. 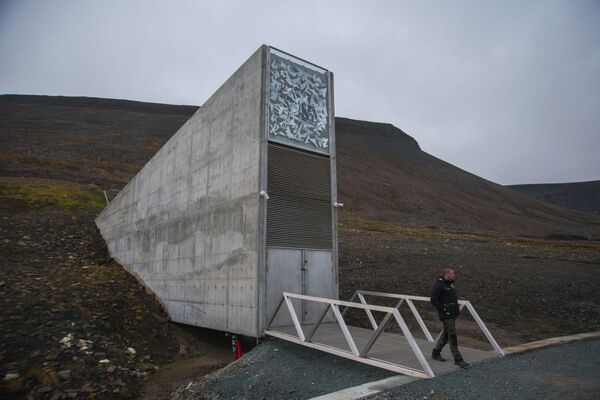 Another depositor is the Royal Botanical Garden in Kew, London, who will bank grass, herb and clover seeds harvested from the meadows of Highgrove House, the private residence of the Prince of Wales.

The Cherokee Nation - one of the most famous Native American tribes - will also bank seeds from their homeland in the state of Oklahoma.

Among those chosen were Cherokee white eagle corn – which the tribe uses in cultural ceremonies - Cherokee turkey gizzard black and brown beans, Cherokee candy roaster squash, and Cherokee Trail of Tears beans, the last being named after the infamous forced march the tribe were forced to make by the US government from their original homeland in Georgia.

The vault now has more than a million seeds in it but it still has the capacity to hold up to 4.5 million samples.

Ms Martin said the samples could be stored for a thousand years but some seeds may need to be grown out after 100 years.

The issue surrounding GM crops has been contentious for decades. In short, GM corn as far as I know is safe and has the same nutritive value as ordinary corn. However, if we are to plant GM corn chances of cross contamination through pollination are high. https://t.co/kvraUeDsH4

​“It really depends on the crop variety because every one is different. Lettuce might have a longevity of 100 years at negative 18 Celsius but wheat could last for 1,000 years. It also depends on the moisture content of the seed and the quality of the seed,” she said.

The Svalbard Global Seed Vault is part of the Norwegian government’s commitment to reaching the UN’s Sustainable Development Goals, one of which is “zero hunger” and the vault will also allow plant breeders to develop new varieties of crops with higher yields, which could feed the world’s growing population.

Ms Martin confirmed DuPont Pioneer - who have been heavily involved in creating genetically-modified (GM) crops - had donated money to the Crop Trust in the past, although she said 95 percent of its funding had come from global governments and she said they were building an $850 million endowment fund which they hoped would eventually become self-funding.