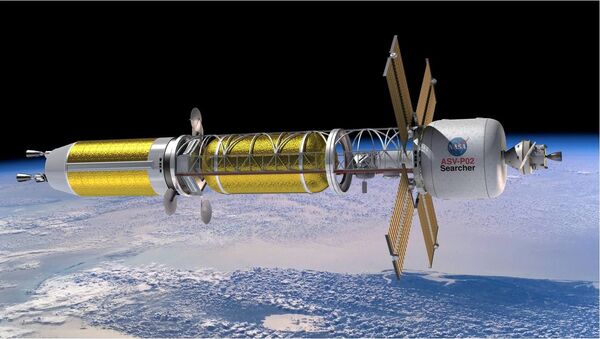 © NASA . NASA
Subscribe
The Pentagon has assigned its top secret research department, the Defense Advanced Research Projects Agency (DARPA), the task of building a new, nuclear-powered rocket engine to speed up travel times - first to the moon, but then to Mars and beyond - before China can get there.

DARPA, sometimes called the Pentagon’s “mad scientist division,” is building a space-age rocket engine to carry astronauts to the moon and beyond. Enter: the “Demonstration Rocket for Agile Cislunar Operations” (DRACO) program, for the development of which the agency was given $10 million in fiscal year 2020.

DRACO is a high-assay, low-enriched uranium nuclear-thermal propulsion (NTP) system, or basically, a nuclear reactor set atop a rocket engine, which heats up a fuel, such as hydrogen, and accelerates it through an exhaust nozzle to push the spacecraft in the other direction. The rocket would be assembled in space and used for interstellar travel, not for planetary launches. 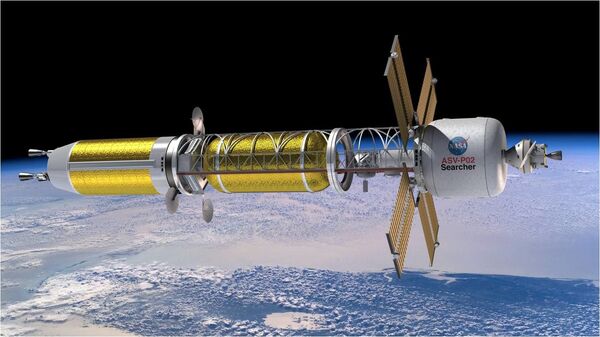 “The capability afforded by [nuclear-thermal propulsion] will expand the operating presence of the US in space to the cislunar volume and enhance domestic operations to a new high-ground, which is in danger of being defined by the adversary,” DARPA said in its fiscal year 2021 budget proposal. The agency has sought to more than double funding for the program, to $21 million, The Daily Beast reported.

Cislunar space refers to that area of the solar system inside of the 240,000-mile radius of the moon’s orbit, where all Earthbound US satellites are located and all manned space missions have taken place and which DARPA has identified as the “new high-ground” that is “in danger of being defined by the adversary” - in this case, China.

The US space agency NASA has begun a headlong drive to return Americans to the moon with the Artemis program at the direction of US President Donald Trump. The agency has set a deadline before the end of a potential second term by Trump in 2024, with a $1.3 billion budget from Congress in fiscal year 2020.

However, Trump has said manned missions to the moon, which the US has done before in the 1960s and 70s, are just a stepping stone to the real prize: putting humans on Mars.

Developing an NTP rocket engine could significantly speed up interstellar transit, both saving time and reducing astronauts’ exposure to radiation and microgravity, according to NASA. “First generation NTP systems could cut total mission duration in half, while still leaving adequate time for Mars surface exploration,” the space agency said in 2018.

According to NASA, the idea of an NTP rocket was proposed as early as 1961, just as the agency’s moon missions were beginning, but already aiming at manned missions to Mars afterward. However, budget cuts and shifting political priorities led to the defunding of the program in 1972.

At the top of the list of reasons to get Americans back on the moon quickly is renewed competition with China. Beijing’s ambitious space program has already put numerous robotic explorers on the lunar surface, including the first landing on the far side of the moon in 2019. 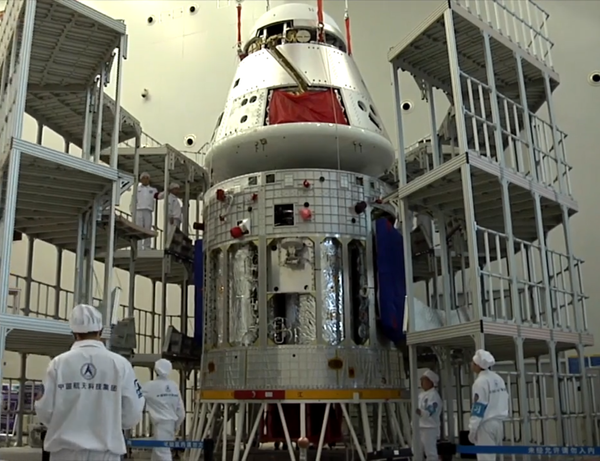 A promotional video released last October by the China Academy of Space Technology (CAST) showed the socialist country’s model capsule for an upcoming manned moon mission. The two-module spacecraft will be able to carry between four and six taikonauts - those are Chinese astronauts - on missions in both Earth orbit and, eventually, to the moon by the early 2030s, Space News reported.

"These capabilities tell us that China is committed to long-term human spaceflight at a slow but consistent pace," Joan Johnson-Freese, a professor in the National Security Affairs Department at the US Naval War College, told the outlet. “What the US did as The Hare - fast, but sporadic - China is now doing as The Tortoise, slow and methodically."