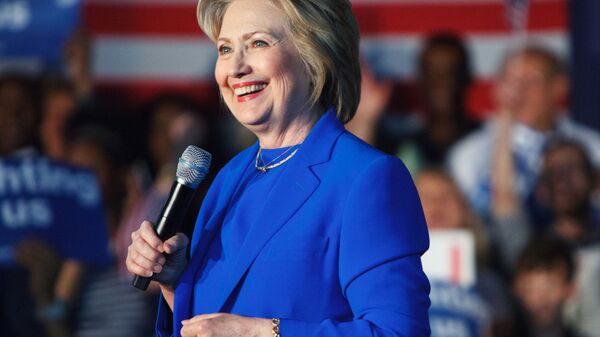 Egor Efimchik
All materials
Mike Bloomberg may be #NeverTrump, but he’s #NeverBernie too. As the Vermont senator is tightening his grip on the front-runner spot in the Democratic race, his opponents from the party’s leadership might use a brokered convention gambit in a last-ditch attempt to stop him.

A former Bill Clinton strategist has predicted that Mike Bloomberg and Hillary Clinton will harness Democratic establishment to stop Bernie Sanders from becoming a presidential nominee.

“Here’s the deal that I think is going down. I think Hillary and Bloomberg have gotten together and cooked up a scheme,” Dick Morris said on The Cats Roundtable radio show on Sunday.

Morris, Bill Clinton’s chief campaign adviser in 1996, suggested that Bloomberg “has no chance to win because he got clobbered in the [Democratic Party presidential] debate and completely blew it”.

However, he continued, the former New York mayor would stay in the race and continue to spend money on his campaign with the sole purpose of poaching supporters from Bernie Sanders.

The Sanders wave - sweeping or stopping?

A brief recap: Sanders has won the popular vote in the first three primary contests, cementing his status as the front-runner. He is on course to come in first or second in South Carolina this week and may well build up an insurmountable lead in the delegate-rich Super Tuesday states on 3 March. An Independent running as a Democrat, he is campaigning on a social democrat platform that has rattled many moderate rank-and-file members and voters in the Democratic Party.

This year, however, the Democratic field is as crowded as ever (there were only two candidates, Hillary and Bernie, by this time in 2016, compared with nine as of now). This means that any one candidate is unlikely to be able to win a majority of pledged delegates by the time they flock to the national convention in July.

Pledged delegates are required to vote for a particular candidate in the first round. A candidate needs more than 50 percent of all delegate vote to get the nomination. If no candidate has a majority, ‘superdelegates’ enter the fray. Those elders (elected officials and partly leaders) are not bound to heed the results of state contests, which leaves plenty of room for Byzantine politics.

It is noteworthy that superdelegates had previously voted on the first ballot too, but the party limited their role due to the backlash over their overwhelming backing of Hillary Clinton at the 2016 convention (572 votes to Sanders’s 46), which helped her snatch the nomination.

At a Democratic debate last week, Sanders was the only candidate who supported the idea that winning the most candidates should be enough for a nomination. Five others said there should be a second ballot if no one has the majority.

“Nobody will be nominated on the first ballot, and it’ll go to a second ballot,” Morris predicted. “The problem is that the party establishment doesn’t have a candidate. They can’t do Bloomberg because he got killed in the debate… Can’t do Biden because he’s already lost the front-runner status… Buttigieg looks like a high school kid at the Model UN… Warren is third, but she’s pretty far to the left, and they’re not going to want to trust her.”

“And when you put it together, it will go to a second ballot and then I think Hillary Clinton enters the race. And the superdelegates will all leave who they are for and go to Hillary.”

“Superdelegates, congressmen, senators, billionaires and party officials – they all switch to Clinton. And then Clinton begins to gain, other candidates continue to drop out, and Hillary is the nominee.”

Morris described this as the “establishment scenario”, wherein moderate Democrats would try to stop Sanders because he would “get massacred by Trump”. And Clinton, he suggested, is “the only candidate they’ll be able to come up with that can measure up to Donald Trump”.

Morris did not elaborate on whether a brokered convention would leave a chunk of the Democratic base disenfranchised and whether Hillary would garner as much support she did in 2016.

Despite trailing by double-digits behind Sanders in polls and in recent state contests, Mike Bloomberg views Bernie Sanders as his only threat in the race for the nomination. Meanwhile, he is reportedly lobbying party officials and donors allied with his moderate opponents to sway them to his side and block Sanders.

Hillary Clinton has stayed out of the race, albeit admitting that she is “under enormous pressure” to run. It was rumoured this month that Bloomberg was considering her to run on a joint ballot, but both said they had no interest.