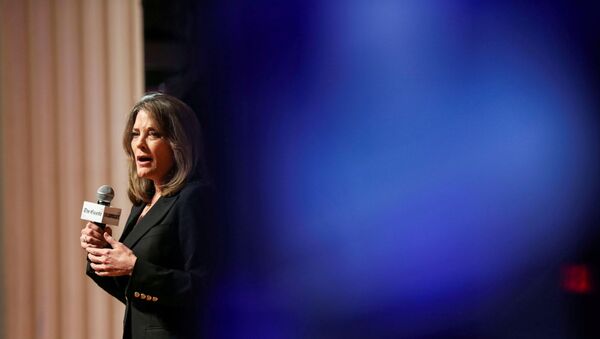 ​Williamson, also a published author and a guru of spiritual psychotherapy, previously supported Andrew Yang, who also dropped out of the Democratic race following the Iowa Democratic caucus.

Marianne Williamson, who failed to win the Democratic nomination for the 2020 election, has endorsed Senator Bernie Sanders.

Williamson made a surprise appearance at Sanders' rally in Austin, Texas, saying it was high time Americans got behind the senator from Vermont.

"Bernie Sanders has been taking a stand for a very long time...It's time for us to take a stand with Bernie. It's our turn now."

Williamson also shared her "statement of endorsement" on Twitter, saying Sanders is leading a revolution against what she called "capitalism without conscience".

My statement of endorsement. pic.twitter.com/Bm2JqCFQCd

Scoring positive results in the Democratic caucuses in both New Hampshire and Nevada, Sanders is now among the front-runners for the Democratic presidential nomination.