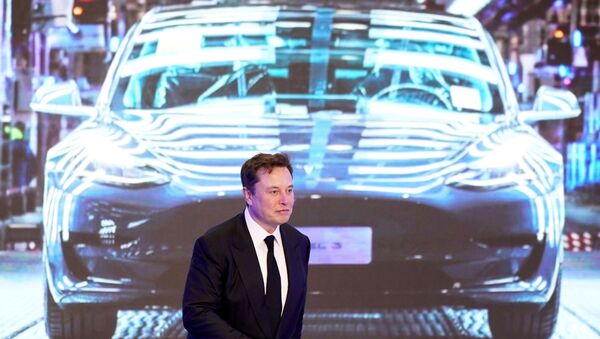 In a Twitter post, SpaceX and Tesla CEO Musk promoted the "Foundation" science fiction saga, written in the 1950s by Isaac Asimov, an American author and professor of biochemistry.

Elon Musk has recommended a science fiction book series on Twitter that reportedly later inspired him to launch his projects. He also advised to read it "in the order that they were written".

Back in 2017, in an interview with Rolling Stone, Musk said that the lesson he learned from the saga was that one should pursue actions that would prolong civilisation and minimise the possibility of a "dark age".

"There will be fewer and fewer jobs that a robot cannot do better. These are not things I wish will happen. These are things I think probably will happen", Musk said.

The 'Foundation' series tells the story of a mathematician, Hari Seldon, living in the age of a future Galactic Empire, and predicts its imminent fall and the advent of a so-called "dark age", which will last 30,000 years before a second Empire emerges. Seldon creates "Foundations" - two groups accumulating scientists and engineers, in order to save civilisation and lay the foundation of a new Empire.

The book also outlines Seldon's theory of psychohistory, which postulates a principle of uncertainty or incompleteness that gained popularity in the real-life scientific world.

Musk's rocket-manufacturing company SpaceX is developing a Starship project of a reusable spacecraft to take people to orbit, the Moon, Mars and beyond, while his Tesla company is aiming to achieve Level 5 autonomy for its self-driving vehicles, in other words, they would require absolutely no human attention.