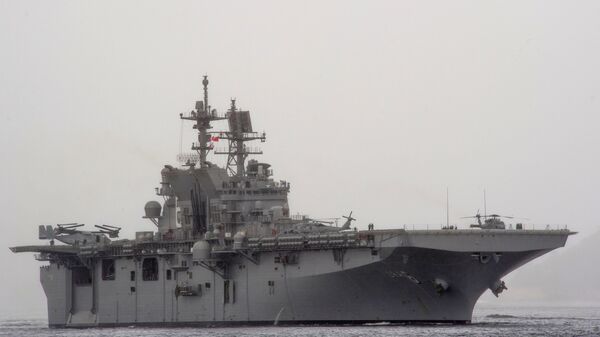 Ilya Tsukanov
All materialsWrite to the author
The US Navy has 20 aircraft carriers in its inventory, allowing the Pentagon to project power and engage in bombing operations against virtually any country on the planet (if it doesn’t have an effective air and coastal defence system, that is). Now, the Navy is reportedly toying with a new doctrine to increase the deadliness of its warships.

The US Navy has fitted out its USS America next-gen amphibious assault ship with a baker’s dozen F-35 fighter jets and sent them out on deployment, Marine Corps Commandant Gen. David Berger has said.

According to Berger, the USS America deployed to the Eastern Pacific with 13 F-35Bs (the Marine Corps variant of the F-35 with short take-off and vertical-landing, or STOVL, capability) onboard in October 2019.

Speaking at a recent defence industry event in Washington, the commander described the USS America’s deployment as “the birth of the most lethal, aviation-capable amphibious assault ship to date.” Characterizing the vessel’s deployment with F-35s onboard as an example of the Marine Corps’ new “lightning carrier concept,” Berger suggested such deployments would make the US military more “unpredictable” in operations against America’s potential adversaries compared to traditional carrier missions.

“You would like to see one of those big decks one time go out with two squadrons of F-35s and next time fully loaded with MV-22s [VTOL helicopters] and another [Marine expeditionary unit] with a 50-50 combo. Now that’s how you become unpredictable. How do you defend against that?” Berger said.

The officer made no secret about whom the ‘lightning carrier concept’ was aimed at, pointing to the need to be prepared to respond to China’s growing naval might. Recently, the People’s Liberation Army Navy (PLAN) surpassed the US navy in total warships, with 300 vessels compared with to the USN’s 290. The sophistication of the PLAN’s ships is also growing, with the country working on advanced ship design, hypersonic weapons, and sophisticated air and sea defences.

“China has moved out to sea, and they have long-range weapons and a lot of them,” Berger said. “Those two things have changed the game. Take those away, in other words, we could keep operating with dominance everywhere we wanted to, as we have. We cannot do that. We can’t get stuck in old things. We are being challenged everywhere,” the commander warned. 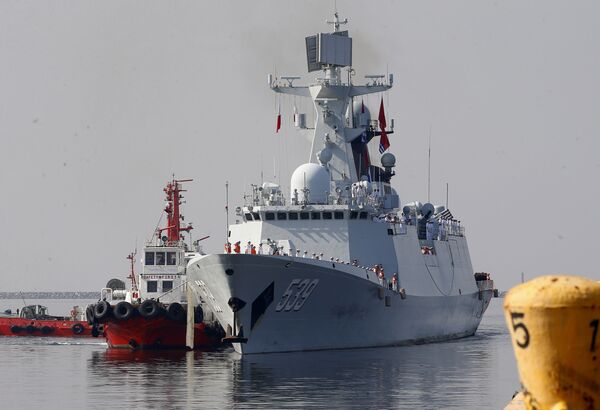 To deal with this problem, Berger urged the Navy to commit to build more light amphibious warfare ships. “We need…a lot of them, that we don’t have today,” he stressed.

The lightning carrier concept proposes a larger, more disaggregated, more dispersed naval force which could hit the enemy across multiple locations amid the growing vulnerability of US carrier strike groups to more and more sophisticated hypersonic missile systems developed and fielded by countries including Russia and China. Even Iran, whose missile capabilities include only conventional high explosive ballistic and supersonic cruise missiles, has proven enough of a threat for the US to keep its carriers out of the Persian Gulf and the Indian Ocean waters near Iran’s coast. 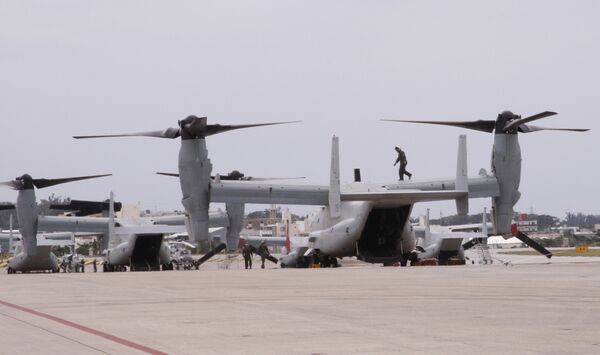 The USS America, the lead ship of its class, was commissioned in late 2014, and is designed to carry Marine forces for amphibious assault operations using Osprey helicopters. A second ship of the class, the Tripoli, was launched in 2017, but has yet to be commissioned. A third America-class vessel, the Bougainville, was laid down in March 2019. The gas turbine-powered vessels have a maximum speed of 20 knots, a complement of 1,059 officers and crew plus nearly 1,700 Marines, and a variety of electronic warfare, decoy and sensor systems, as well as anti-aircraft and close-in weapons systems for protection.

Meanwhile, despite the Marine commander’s boasting about the F-35, the fifth-generation fighter jet has long become the butt of many jokes over its $1.5 trillion price tag and a slew of problems ranging from the accuracy of its weapons to issues with its sophistical maintenance and logistics software to concerns regarding the reliability of its lone engine.