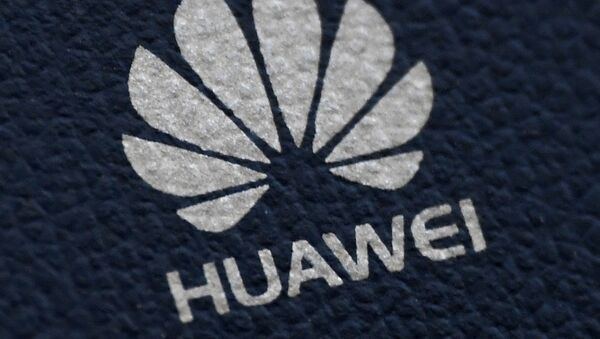 Oleg Burunov
All materialsWrite to the author
Huawei cut off Google's software, including the newest editions of the Android system, after the US initiated its crackdown campaign against the Chinese tech giant in May 2019.

Google has published an explainer aimed to clarify the ongoing situation with Huawei, which has been on the US Department of Commerce’s blacklist since last year.

In the post, Tristan Ostrowski, legal director for Android and Google Play, recalled that Google is banned from working with Huawei “on new device models or providing Google’s apps including Gmail, Maps, YouTube, the Play Store and others for preload or download on these devices.”

While stopping short of speculating whether Huawei poses any threat to US national security, Ostrowski instead focused on “protecting the security of Google users on the millions of existing Huawei devices around the world”.

He noted that his company “continued to work with Huawei, in compliance with government regulations, to provide security updates and updates to Google’s apps and services on existing devices” and that they will “continue to do so as long as it is permitted”.

In this vein, Ostrowski recalled that US legislation currently allows Google “to only work with Huawei on device models available to the public on or before 16 May 2019”.

He added that US government restrictions stipulate that Google’s apps and services will not be available “for preload or sideload” on new Huawei smartphones which are considered “uncertified”.

Ostrowski warned that “sideloaded Google apps will not work reliably because we do not allow these services to run on uncertified devices where security may be compromised” and that “sideloading Google’s apps also carries a high risk of installing an app that has been altered or tampered with in ways that can compromise user security”.

His remarks come amid the ongoing US crackdown on the Chinese tech giant, which kicked off in May 2019, when the US Department of Commerce prohibited internet providers from using Huawei products and US tech companies from selling technologies (hardware and software) to Huawei without obtaining a special licence first.

The US claims that Huawei is working with the Chinese government to allow the latter to spy on those who use the tech giant's equipment.

000000
Popular comments
Google apps will be sideloaded, and if those apps have been compromised, it will be google that will take the rap for poor security......regardless of what google says or does.

Erik Trete
22 February 2020, 10:46 GMT6
000000
US unfair trade, i will never buy US made smartphones. Soon you will see HMS which fast developing.
Andrew B.
22 February 2020, 10:52 GMT3
000000
Newsfeed
0
New firstOld first
loader
LIVE
Заголовок открываемого материала
Access to the chat has been blocked for violating the rules . You will be able to participate again through:∞. If you do not agree with the blocking, please use the feedback form
The discussion is closed. You can participate in the discussion within 24 hours after the publication of the article.
To participate in the discussion
log in or register
loader
Chats
Заголовок открываемого материала
Worldwide
InternationalEnglishEnglishMundoEspañolSpanish
Europe
DeutschlandDeutschGermanFranceFrançaisFrenchΕλλάδαΕλληνικάGreekItaliaItalianoItalianČeská republikaČeštinaCzechPolskaPolskiPolishСрбиjаСрпскиSerbianLatvijaLatviešuLatvianLietuvaLietuviųLithuanianMoldovaMoldoveneascăMoldavianБеларусьБеларускiBelarusian
Transcaucasia
ԱրմենիաՀայերենArmenianАҧсныАҧсышәалаAbkhazХуссар ИрыстонИронауОssetianსაქართველოქართულიGeorgianAzərbaycanАzərbaycancaAzerbaijani
Middle East
Sputnik عربيArabicArabicTürkiyeTürkçeTurkishSputnik ایرانPersianPersianSputnik افغانستانDariDari
Central Asia
ҚазақстанҚазақ тіліKazakhКыргызстанКыргызчаKyrgyzOʻzbekistonЎзбекчаUzbekТоҷикистонТоҷикӣTajik
East & Southeast Asia
Việt NamTiếng ViệtVietnamese日本日本語Japanese中国中文Chinese
South America
BrasilPortuguêsPortuguese
NewsfeedBreaking
01:15 GMTPandemic Will End When World Chooses to End It, WHO Chief Says
YesterdayJamie Lynn Spears Says Parents Pressured Her to Get an Abortion to Maintain Her Career
YesterdayFriends Alum James Michael Tyler Dead After Battle With Prostate Cancer Battle
YesterdayMeghan McCain Thanks Trump for Publicity After 45's Scathing Statement Against Her Late Father
YesterdaySmoke in the Cabin Forces American Airlines Flight to Make an Emergency Landing
YesterdayColombia Getting Ready to Extradite Most Wanted Drug Dealer Otoniel to US - Minister
YesterdayQatar Frustrated About Lack of Response From US to Request for Drone Sale - Reports
YesterdayMax Verstappen Wins US Formula One Grand Prix, Lewis Hamilton Finishes Second
YesterdayOld Trafford Has Fallen: Liverpool Desecrate Manchester United on Hallowed Ground
Yesterday'Cyclone Bomb': Weather Forecasters Say US West Coast Should Brace For Huge Subzero Storm
YesterdayTehran Vows Israel Will Suffer 'Thousands of Billions' of Dollars in Damage if It Dares Attack Iran
Yesterday'Greedy, Extremely Selfish' Mo Salah Branded 'Best Player in the World This Season'
YesterdayBiden Administration Reportedly Set to Roll Out Tax Targeting 0.0002% Wealthiest Americans
YesterdayPolice Presence in Nottingham Bolstered Following Wave of Spiking Reports, Says Media
YesterdayLiverpool Beats Manchester United 5:0 in Premier League
Yesterday'Extremely Concerning': China-Bhutan MoU Could 'Spell Disaster' For India, Warns Congress Party
Yesterday'What's He Trying to Say?': Snowden's Tweet in Russian With Soviet Poster Puzzles Netizens
YesterdayWatch Syrian Troops Block US Military Convoy, Force It to Turn Around
YesterdayEd Sheeran Tests Positive for COVID, Will Do Planned Performances From Home
YesterdayOpening Ceremony of World Health Summit 2021 Takes Place in Berlin