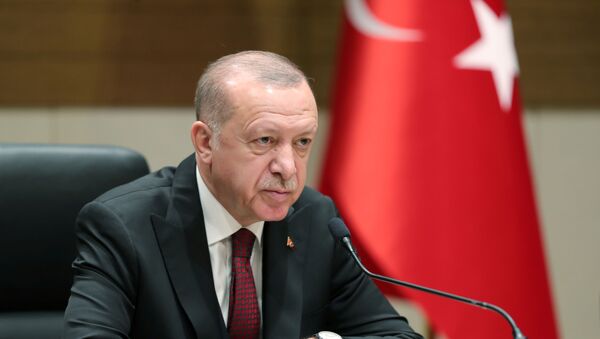 "Several of our heroes were martyred in Libya, but losses in Haftar's ranks reached almost a hundred mercenaries", Erdogan said, speaking in Izmir, as quoted by Turkish state-run news agency Anadolu.

He did not specify the exact number of killed Turkish servicemen.

In January, Turkey started deploying its troops to Libya to support the UN-recognized Government of National Accord (GNA) forces. According to Turkish President Recep Tayyip Erdogan, Ankara seeks to protect the GNA from being overthrown by the LNA, which supports the eastern-based interim government in the port city of Tobruk.

On 19 January, Berlin hosted an international conference on Libya with the participation of Russia, the United States, Turkey, Egypt, and several other countries, as well as the European Union and the United Nations. The main outcome of the conference was an appeal by its participants for a ceasefire in Libya, along with an obligation to refrain from interfering in the conflict and observe the UN arms embargo.

Libya has been torn apart between the GNA and the rival LNA for years since the assassination of its long-time leader Muammar Gaddafi in 2011. Tensions escalated last year after the LNA began its operation to retake the GNA-held capital of Tripoli.