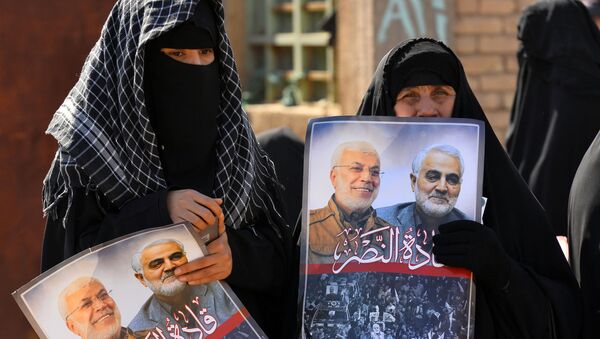 Iraq’s Shia-led Popular Mobilization Forces militias have named Abu Fadak al-Mohammedawi as the new deputy chief of their organization, with the decision made at a recent board meeting.

“Following the appointment, the chief-commander of the Iraqi armed forces will sign Abu Fadak’s decree in the next couple of days,” PMF official Abu Ali al-Bassari was quoted as saying regarding al-Mohammedawi’s appointment.

Reportedly nicknamed ‘the Uncle’, al-Mohammedawi is said to have been a close friend of al-Muhandis, and a senior official of Kata’ib Hezbollah, the Iraqi militia group commanded by al-Muhandis which Washington claimed was responsible for the December 27, 2019 rocket attack on an Iraqi base which ultimately led the US to assassinate al-Muhandis and Soleimani.

Joining Kata’ib Hezbollah in the mid-1990s and becoming part of its inner core, Al-Mohammedawi is thought to have commanded the militia’s forces as they fought in Syria and Iraq against Daesh (ISIS)* and other terrorists. He was also reportedly known for his military capabilities and good relations with other militias within the PMF.

Abu #Fadak al-Mohammedawi, who was a member of the #Iraqi #Hezbollah brigade, was elected as the general commander of Hasd al-#Shaabi, in place of Abu Mahdi al-#Muhandis, who was killed together with Qassem #Suleimani. #Iraq pic.twitter.com/U6YQDO8tIB

Al-Mohammedawi’s name is thought to be a pseudonym. His appointment reportedly comes following weeks of intense negotiations which included the leaders of other prominent PMF forces, including the Badr Organization, the Jund al-Imam Brigades, the Sayyid al-Shuhada Brigades, and Abu Muntazir al-Husayni, a security advisor to Iraq’s prime minister.

Formed in 2014 to fight the Daesh threat, the PMF is a broad front force consisting of over 40 militias, ranging from Shia and Sunni Muslim groups to Christian and Yazidi and secular forces. The counter-insurgency force is believed to include up to 150,000 irregular troops, and has received assistance from Russia and Syria, as well as the Kurdish Peshmerga forces and Lebanon’s Hezbollah militia (not to be confused with the Iraqi Kata’ib Hezbollah). 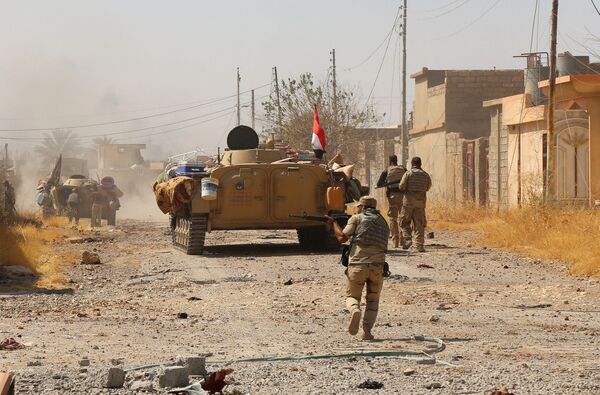 Al-Muhandis and Soleimani were killed in a US airstrike in Baghdad on January 3. The Trump administration has justified the assassination by accusing Soleimani and Kata’ib Hezbollah of involvement in the December 27, 2019 rocket attack on the K-1 Air Base in Kirkuk, northern Iraq, which killed a US civilian contractor and injured four US servicemen and two Iraqi security officers. No group took responsibility for the attack and Kata’ib Hezbollah denied involvement.

Earlier this month, Iraqi military, police and intelligence sources told US media that they believed that Daesh, not Kata’ib Hezbollah, was responsible for the K-1 attack, pointing to intelligence of Daesh operations in the area at the time, and to reports that the Shia militia has not been present in the majority-Sunni area of Iraq since 2014. The assassination of al-Muhandis and Soleimani led to a series of back and forth escalations, and ultimately to the Iranian shelling of two Iraqi bases hosting US troops on January 8, which led to over 100 US service members receiving traumatic brain injuries. US bases and the Embassy Green Zone in Baghdad have been attacked repeatedly in small mortar and rocket attacks since then, with Iraqi militias believed responsible. 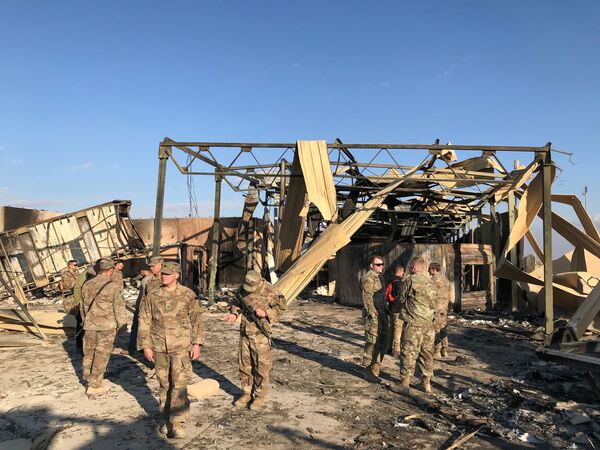