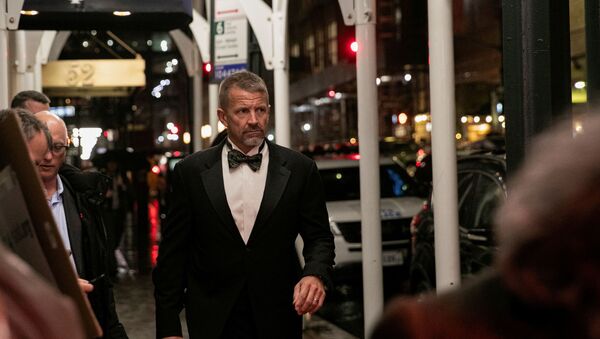 WASHINGTON (Sputnik) – The Federal Bureau of Investigation (FBI) has opened a probe into Blackwater founder Erik Prince over an alleged plot to turn crop-dusting planes into attack aircraft for use by mercenaries in Azerbaijan and Africa, media reported, citing two sources familiar with the matter.

Prince, heir to a billion-dollar fortune and reportedly an ally of President Donald Trump, is under federal investigation for his 2015 bid to adapt two US-built crop-duster planes into ground-support attack aircraft in defiance of arms trafficking regulations, The Intercept report said on Thursday.

The two aircraft were deployed as part of private military forces Prince sought to sell or operate in mercenary operations in Africa and Azerbaijan, the report said.

The investigation is one of several official US probes into Prince’s alleged activities, The Intercept said. He is also being investigated over allegations that he lied to Congress during the House Intelligence Committee probe into allegations of Russian interference in the 2016 election, The Intercept added. The Russian government has denied all such allegations as baseless.