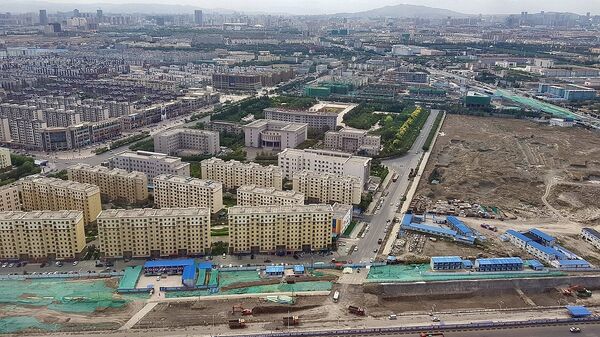 As China spares no effort in its fight against the novel coronavirus outbreak, some Western media coincidently and simultaneously released the so-called Karakax list, which they called the third "leaked documents" from Northwest China's Xinjiang Uygur Autonomous Region, and they attacked China's anti-terrorism measures in the region.

However, experts and foreign reporters reached by the Global Times on Tuesday gave a similar comment on the incident, saying that "another political trick is coming again!"

Western media, include BBC, CNN and Wall Street Journal, some US-based nongovernmental organizations and Western scholars chose to release reports and papers on some documents that many of them referred to as the "Karakax list" on the same day.

The "Karakax list" are documents that have 137 pages, 667 data rows and the personal details of more than 300 people who Western media allegedly had been to the training centers as well as some information of their family members in the county of Karakax, a place called Moyu in the Hotan Prefecture in Xinjiang.

Experts questioned the authenticity of the so-called leaked documents as they were initially spread by anti-China and “East Turkistan” forces and then hyped by Western media. Judging from the way these topics were hyped, there is a possibility that some intelligence agencies may also be involved.

They also noted that the West wants to play some tricks by hyping the so-called leaked documents, which showed their bias toward China and resent Xinjiang’s stability.

Some Western media interviewed simultaneously and repeatedly on Tuesday the same scholar, Adrian Zenz, a senior fellow in China Studies of the Victims of Communism Memorial Foundation. Zenz also released a paper on the "Karakax List" on the Journal of Political Risk on Monday.

However, the credibility of Zenz is questionable, and some media and Chinese experts criticized him as a "far-right fundamentalist Christian" and anti-Communist scholar. So many Western media cited Zenz in their reports, which showed that they either failed to objectively report news on China or they had some malicious political purposes.

Since November 2019, the New York Times and the International Consortium of Investigative Journalists (ICIJ) claimed to have obtained many documents from Xinjiang. The ICIJ labeled the "leaked documents" as "The China Cables."

In his article, Zenz claimed Asiye Abdulaheb, who had previously leaked the China Cables, gave him a document which included information on trainees in Xinjiang who have family members abroad.

Zenz claimed "for the purpose of verifying the personal identities of those listed in the document, the author benefited from being in possession of a local government cache of over 25,000 files."

One question that analysts have asked on Zenz's verifying is how he could get so many government files with detailed personal information if Xinjiang is taking the strictest measures as they reported?

Zenz is one of the scholars who claimed that millions of Uygurs were detained in Xinjiang. However, the US-based news website Grayzone released a report in December 2019, saying that Zenz based the claim on a single report by Istiqlal TV, a Uygur exile media organization based in Turkey.

In an exclusive interview with the Global Times in December, the spokesperson of Xinjiang regional government said that Zenz is a core member of a study program on Xinjiang's vocational education and training centers. A US intelligence agency is behind the study program.

Zenz had his own ambitions.  He has been lifted out of obscurity and became a "world leading" expert by hyping topics on Xinjiang to cooperate with the US and to make trouble for China,  a scholar who asked for anonymity told the Global Times on Tuesday.

Some Western reports as well as Zenz's article also noted that like many other information on Xinjiang, the "leaked documents" were also provided to them by "Uygurs in exile" and the interviewees in the reports are living overseas.

The anonymous expert said that "East Turkistan" forces are always one important source for some Western media as they offered negative news, "leaked documents" to cater for anti-China's forces' purpose as well as seeking personal gains. How could these sources be reliable since one of their aims is to smear China?

China's counter-terrorism expert Hua Xiqiang (pseudonym) told the Global Times that it has become a routine that some East Turkestan terrorist organizations or religious organizations supported by the US and Europe receive foreign funding and use the voices of Western MPs and media to criticize China under the banner of human rights issues."

Hua said it is possible intelligence agencies of Europe and the US are involved in the "document leak" and the hyping of the topics.

Not the whole picture

By identifying the person and other information on the "leaked list," the Global Times tried to trace a person who fit most of the description in the list and contact with Memet Eli, who lives in Bositan street in Moyu county.

He got to know his name was on the so-called list when he accepted the Global Times interview. When one GT reporter compared his information with what was released in Western media, much of his personal information had been distorted.

For example, in the information released in Western media, it said Memet lives in Yipulazha community, his father died and her 65-year-old mother is named Abasihan.

However, Memet actually lives in the Xiwang community. His father is still alive and his mother is actually 72 years old, whose name is Mayishan.

However, Memet told the Global Times that he only has one elder brother and his second younger brother has never been to jail. "I just spoke to him on the phone," he said.

Memet said he had volunteered to study at the vocational education and training center from August 2018 to May 2019.

He told the Global Times that he was infected with extremist ideas because of watching terrorism videos and he also violated the national family planning policy.

"Later, I heard that law was taught in the vocational education and training center. Although I think my Putonghua is ok, I still lack a lot in law. So I wanted to go to the center to study law and other skills for better development."

According to the BBC report, row 598 of the documents contains the case of a 38-year-old woman with the first name Helchem, who had been sent to a re-education camp for one main reason: she was known to have worn a veil some years ago. The report also mentioned that someone was detained for having a beard.

An expert on Xinjiang affairs surnamed Zhang told the Global Times that without discussing the authenticity of the so-called documents, some Western media wrongly interpret the documents without giving a whole picture of the truth.

"Many people in Xinjiang who were influenced by extremism have some rituals in daily life, like wearing a burka or having a beard to show their stance or forcing others to do the same as well as to prevent female family members from working outside," Zhang said.

Simply saying that people "were sent to re-education camps" for "wearing a veil or having a beard" without giving the whole picture of Xinjiang's anti-terrorism measures is one-sided and misleading, Zhang said.

Hua told the Global Times on Tuesday that since 2019, Western media have been publishing their so-called leaked Xinjiang files to maliciously attack China's Xinjiang policies. In fact, while these attacks differ in details, they are essentially the same. They are all about accusing China of human rights abuses in its handling of Xinjiang affairs and suppressing Islam.

"As for young men wearing big beards and women wearing burqas, it is no longer simply a matter of dressing. To some extent, they have become symbols and labels of religious extremism, which are outlawed in many countries, including some Western countries. These are what need to be eliminated in Xinjiang," he said.

The expert said that local governments will never punish people for engaging in normal religious activities. It is impossible that they are not allowed to go abroad, asthe Western media claimed, and there must be other reasons behind each case, Hua said.

Many of the "26 countries" listed in the "leaked documents" are places where IS, Al Qaeda and other terrorist groups or extremist forces stay or actively operate in. Visits to some of these countries, even in the US, are subject to special scrutiny.

Experts noted that regardless of the authenticity of the "leaked documents," many of them showed the basic information of Chinese citizens and collecting its citizens' basic information is legal for national governance across the world. Tracing people who had been influenced by extremism showed a government's responsibility for its public.

As for some Western media's accusation of Xinjiang's use of massive surveillance, Shen Yi, director at the Research Center for Cyberspace Governance of Fudan University, said that a poll of US citizens after the 9/11 tragedy showed that about 80 percent of the respondents agreed that sacrificing some of the individual's rights in exchange for  national security is necessary.

"Why has the same situation become a topic in China's Xinjiang that the West keeps hyping and criticizing?" Shen asked.

Xinjiang's counter-terrorism policies and the implementation are aimed at social security.

"Why do some Western media outlets always hold double standard toward China? We have the reason to ask one question - do they think that it is not terrorism if the people who died in terror attacks are not US citizens or people from its allies? Are terrorists who live in the US' strategic rivals freedom fighters?" Shen asked.

Makhdoom Babar, a senior journalist from Pakistan's newspaper Daily Mail who went to visit the training centers in Xinjiang in 2019, told the Global Times that it is not a coincidence for so many Western media to report on the same topic at the same time and try so hard to find proper people to be interviewed, a move which is "unlikely."

One of the basic purposes of the efforts against China's Xinjiang is to "create a big misunderstanding between Muslims and the Chinese government," as well as make trouble for the China-initiated Belt and Road initiatives, Babar said.

The Western media chose to expose the "leaked documents" since they waited for the whole world to calm down from the outbreak of the novel coronavirus pneumonia, known as COVID-19, and they wanted to get as much coverage to hype the so-called leaked documents, Barbar said.

Despite the accusations from some Western media, more countries in the world and the international community have recognized China's policies in Xinjiang, as, thanks to the sacrifice and efforts made by Xinjiang people, there have been no violent attacks in Xinjiang, which has brought stability to the Central Asia and contributed to the world counter-terrorism campaign, Chinese experts said.

The article was originally published in Global Times.