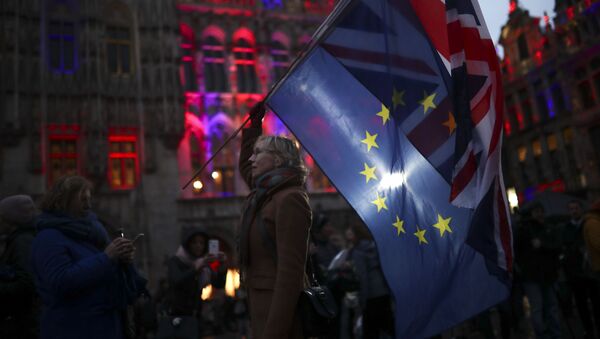 Since the UK finally left the European Union at the end of January, London and Brussels now have until December to agree on a deal that will determine their post-divorce relations. Ahead of negotiations, set to start next month, the two sides have exchanged demands and barbs.

The calls for a Canada-type trade agreement, reinforced by the UK’s Brexit negotiator David Frost, have faced criticism in the EU as its representative Michel Barnier has rejected such demands and seemingly reproached British Prime Minister Boris Johnson. He recalled that the head of the British government pledged to stick to the bloc’s aid rules and social regulations after the transition period. According to him, an offer of a Canada-style deal was not on the table.

The EU negotiator pointed at the UK’s unprecedented position.

“We have proposed a trade agreement with a country that has a very particular and unique close geographical proximity not like Canada, not like South Korea and not like Japan. Very particular. We are ready to propose and work very quickly with Britain on the basis of the political declaration, which was agreed with Boris Johnson. We stand ready to propose this agreement if the UK wants it”, he said.

At the same time, The Guardian cites unnamed sources, noting that privately, he has suggested to MEPs that London was backing out of the declaration on the future of their relations following the divorce, signed in 2019.

Polite Fury in the EU?

Other EU officials also opted for similar rhetoric over the lack of cooperation. The EU’s trade commissioner Phil Hogan touted problems for London and noted: “We’re looking for a level playing field and they don’t seem to want it”.

Senior MEP Guy Verhofstadt lambasted the UK’s approach, saying that they behave as if they were “living on two different planets”.

UK Prepared for No-Deal Brexit 'if EU Does not Bend to Westminster’s Requests' - Academic
While speaking in Brussels earlier Frost insisted that the UK "must have the ability to set laws that suit us". He also reiterated the UK prime minister’s wish for a Canada-style deal, avoiding European Court of Justice supervision. He claimed that if the sides failed to agree, London would stick to basic international terms in trade.

Frost stressed that if the UK sticks to EU regulations, the consent of the public there would “snap dramatically and finally”. He promised the UK would provide a detailed position on their future relations with the EU next week.