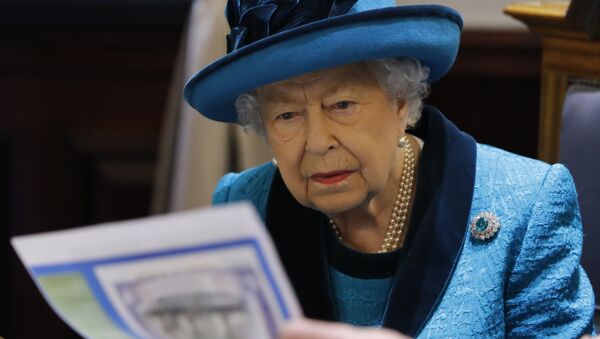 The statement came during a live TV debate four days before party members choose their next leader. Keir Stammer, who is regarded as the favourite, said he would keep the monarchy, but wants to see it downsized, while another contender for the post Rebecca Long-Bailey said she would not abolish the monarchy.

Labour leadership hopeful Lisa Nandy has enraged people by saying she would abolish the monarchy should there be a public referendum on the issue. "Well, I’m a democrat, so I would vote to scrap it", said the 40-year-old noting that the issue is not a priority for Britain, which is now gripped by uncertainty following withdrawal from the European Union.

After that she added: "I quite like to see Queen Meghan at some point", referring to Duchess of Sussex Meghan Markle, who stepped down from a senior role in the Royal Family along with her husband Prince Harry.

.@lisanandy: “I would vote to scrap it.”

All the candidates are asked “in a referendum on keeping the monarchy, would you vote to keep it or scrap it?” #C4Debatepic.twitter.com/1YEO6g8e1v

​Her statements sparked outrage and frustration on social media.

What is she smoking?

​Others were dissatisfied with her choice of Queen…

A queen? She couldn't handle being a Duchess. #UtterNonsense

​Many users said that they no longer like or won't vote for Ms Nandy after her statement about the monarchy.

Nope. she was my favourite before this stupid statement. not anymore

​The Labour Party suffered a crushing defeat during election in December. Many netizens noted that Ms Nandy’s statement will make Labour’s predicament even worse.

I now believe that Labour do not want to be In power. They have lost the plot. Time for me to find another party.

​Some even joked that Labour will win an election only after Prince George, who is third in line to the throne becomes King.

I still reckon Prince George will become monarch before Labour work out what it takes to win a general election.

​Despite widespread anger there were users who backed Ms Nandy’s position.

Good to see @lisanandy has to courage to give an answer which is potentially unpopular but right. Disappointed by @Keir_Starmer and unsurprised by @RLong_Bailey’s apparent opportunism. It’s frankly astonishing that any new Labour leader could support a hereditary monarchy.

​During the TV debate Lisa Nandy and other contenders for the post were asked to name their favourite Labour leader and none of them named the incumbent head Jeremy Corbyn or former Prime Minister Tony Blair, who ran the party between 1994 and 2007.

Incumbent Labour leader Jeremy Corbyn faced calls to resign after Labour showed its worst election performance since the 1930s during a recent poll. The party’s devastating defeat was blamed on Mr Corbyn with MPs saying that voters found it hard to back Jeremy Corbyn and criticised the party’s political programme.

The election of the new Labour leader will start on 21 February. The winner will be revealed on 4 April.