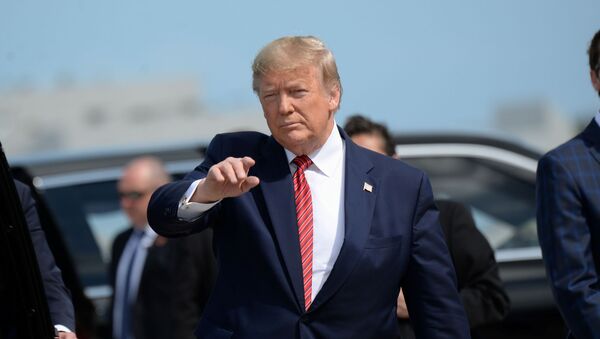 The POTUS said that the former American president had the worst economic growth numbers since the times of the Great Depression over 90 years ago, while adding that if the Democrats still controlled the White House, the economic situation in the country would be quite the opposite.

US President Donald Trump has slammed his predecessor Barack Obama for taking credit for the economic boom in the country, insisting that it was solely due to the policies of the current administration.

....ever. Had to rebuild our military, which was totally depleted. Fed Rate UP, taxes and regulations WAY DOWN. If Dems won in 2016, the USA would be in big economic (Depression?) & military trouble right now. THE BEST IS YET TO COME. KEEP AMERICA GREAT!

Earlier in the day, the former US president posted a tweet in which he bragged about the "more than a decade of economic growth" in the United States that has taken place since signing the Recovery Act 11 years ago.

Eleven years ago today, near the bottom of the worst recession in generations, I signed the Recovery Act, paving the way for more than a decade of economic growth and the longest streak of job creation in American history. pic.twitter.com/BmdXrxUAUf

The US economy has indeed been on the upswing during the current administration, as the unemployment rate has reached its lowest point in 50 years, according to the Labour Department, and market-based measures of inflation compensation have been relatively low, according to a recent statement by the Federal Reserve.