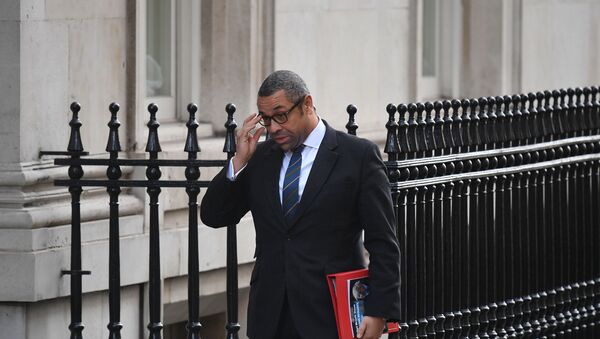 LONDON (Sputnik) - The United Kingdom will keep sanctions on Syria in place after it unbinds its laws from those of the European Union, the Foreign Office said Monday.

Earlier on Monday, the EU added eight businessmen and two organisations to its blacklist of Syrian government supporters, bringing the numbers of people and entities targeted for asset freezes and travel bans to respectively 277 and 71.

"The UK worked closely with European partners to draw up these sanctions, and will look to continue implementing them after December 2020", the UK ministry said in a statement.

James Cleverly, the Foreign Office's minister for the Middle East and North Africa, was quoted as saying that the UK would continue to "champion the international rules that keep us safe", despite perceived efforts by Syria and Russia to undermine them.

EU sanctions will continue to apply in the UK during the 11-month transition period, which expires in December. The Foreign Office said Syria curbs would remain until its government engaged with the UN-led political process.

President Bashar Assad said earlier that Syrian and foreign business people sought to invest in his country but international sanctions were stopping them from coming and working in Syria.

Syria has been engulfed in a devastating civil war since 2011, with the government fighting against various opposition groups, as well as militant factions, including those of Daesh* and Hayat Tahrir al-Sham (formerly known as Al-Nusra Front*).

* Daesh (also known as ISIS/ISIL/IS), Al-Nusra Front (also known as Jabhat al-Nusra, Jabhat Fatah al-Sham, or al-Qaeda in Syria) are terrorist groups outlawed in Russia and many other states