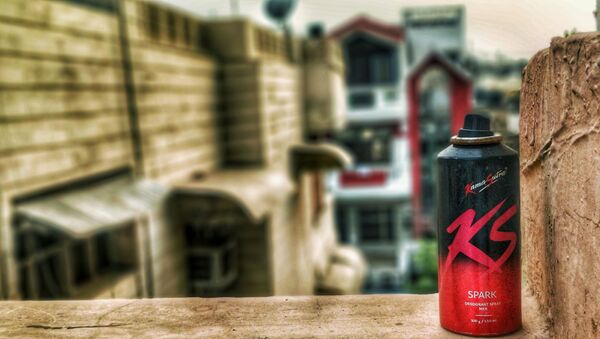 A staggering amount of currency notes worth INR 4.23 million (approximately $60,000) were found hidden in deodorant cans and pouches on a Dubai-bound traveler in New Delhi’s Indira Gandhi International Airport on Sunday.

India’s Central Industrial Security Force (CISF), which looks after security at metros and airports, nabbed the traveler, identified as Mohammad Arshi, after they observed suspicious activities of the passenger roaming in the departure zone of the Airport.

In the video released by CISF, security personnel can be seen cutting open the deodorant cans to extract bundles of foreign currency stashed inside.

The foreign currency seized was Saudi Riyals and Kuwaiti Dinar. The passenger was bound to fly to Dubai from Delhi via an Air India flight on Sunday afternoon.

In a similar incident earlier in February, foreign currency notes worth $63,137 were found hidden in edible items like cooked mutton pieces, peanuts, biscuit packets and other food items stowed in the baggage of passengers.