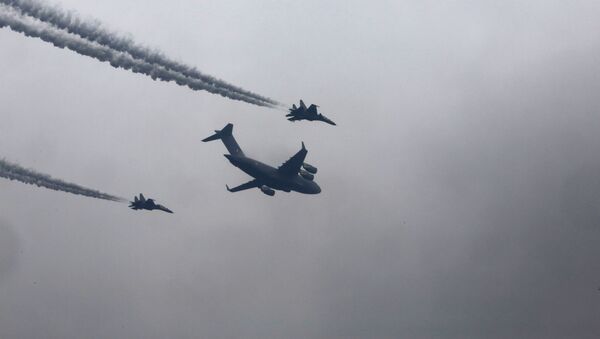 New Delhi (Sputnik): In 2017, the two-and-a-half-month standoff between Indian and Chinese troops in Doklam region - a tri-junction at the border which separates India, Bhutan, and China - commenced after Indian troops objected to Chinese road construction.

India deployed P-8I aircraft (a variant of P-8A Poseidon used by the US Navy) during the Doklam standoff with China, India's Chief of Defence Staff General Bipin Rawat revealed on Monday.

He also added that the anti-submarine warfare aircraft was used to keep a watch on the movement of Chinese troops during the standoff between India and China in the mountainous region.

The standoff, which occurred in 2017 over road construction by the Chinese army, created a military stalemate between India and China. The situation normalised after both sides agreed to disengage in August 2018.

But military documents released by India and Beijing in July 2019 indicated that the 2017 Doklam border standoff between the two strategic rivals was still alive.

On 13 November 2019 Indian Prime Minister Narendra Modi met Chinese President Xi Jinping on the sidelines of the 11th BRICS summit in Brasilia, Brazil. Following this meet, special representatives of India and China – Ajit Doval and Wang Yi - respectively met in December 2019 to discuss the boundary question and other issues of mutual interest.

Meanwhile, Indian defence sources said the P-8Is were used to keep an eye on Pakistani troops following the 2019 Pulwama terror attack in which a suicide bomber in Kashmir killed 40 Indian troopers. A Pakistan-based terror group later claimed responsibility for the attack.