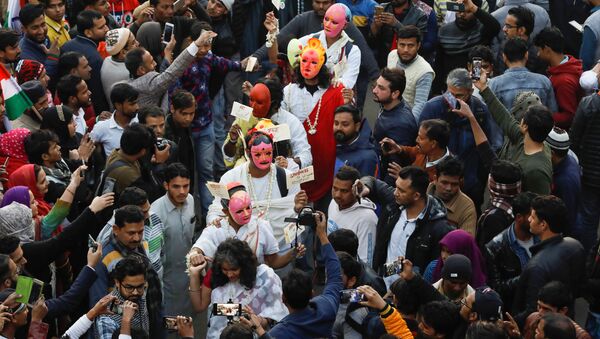 © REUTERS / ANUSHREE FADNAVIS
Subscribe
New Delhi (Sputnik): India has been witnessing countrywide protests against the Citizenship Amendment Act, which came into effect in December 2019. The law provides a path to Indian citizenship for illegal immigrants of six "persecuted" minorities from three neighbouring Islamic countries, while not giving the same eligibility to Muslims.