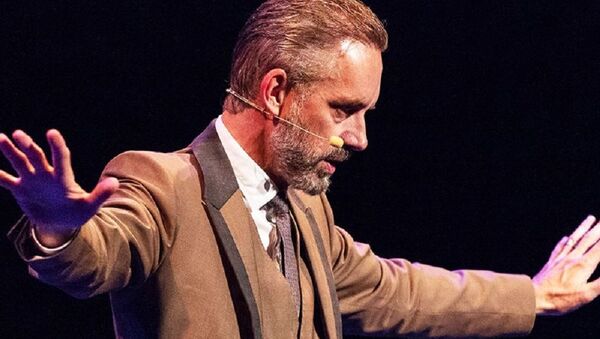 © Photo : jordan.b.peterson/instagram
Subscribe
The world’s most popular intellectual is currently attempting to kick his anti-depressant addiction, which he developed after his wife was diagnosed with a terminal disease. The news has had energised both his detractors and his supporters.

Social justice activists are having a go at Jordan Peterson while he cannot remonstrate because of life-threatening health issues, his friend Douglas Murray says.

Murray is a conservative author and journalist, who is particularly known for his criticism of Islam and the European Union's political institutions.

He appeared alongside Peterson and author Sam Harris at two crowded arena talks in London and Dublin in 2018. “By this point, we had become friends,” Murray recalled in a piece for the Daily Mail.

“On both occasions, some 10,000 people turned out to hear us discuss God, politics and society.”

Jordan Peterson has made “countless enemies,” Murray recalled, including those who have criticised him out of jealousy: “He was constantly abused on Twitter, while publications printed hit-pieces and slanders incessantly.”

“But it is a feature of our toxic age that people who like to present themselves as the kindest can be relied upon to be vicious as hell in a cause they think is good.”

The 57-year-old Canadian professor entered rehab in September after failing to wean himself off an anti-anxiety drug. According to his daughter Mikhaila, Peterson was prescribed the drug, benzodiazepine, several years ago following a “severe autoimmune reaction to food” and had the dose increased after his wife was diagnosed with terminal cancer last April.

Mikhaila has recently revealed that Peterson is undergoing detox treatment in Russia after being misdiagnosed and mistreated in several North American hospitals.

“He almost died from what the medical system did to him in the West,” she said. “The doctors here (in Russia) aren’t influenced by the pharmaceutical companies, don’t believe in treating symptoms caused by medications, by adding in more medications and have the guts to medically detox someone from benzodiazepines.”

The news about Peterson’s troubles has elicited gloating delight from his critics on the political left, who have long antagonised him for speaking out against identity politics, virtue-signalling, and oppression for the sake of the greater good.

“Those social-justice activists who Peterson exposed when he was well are now being vile because he cannot remonstrate,” Murray wrote.

Some of the most blatant examples:

A Guardian journalist who tweeted: “Jordan Peterson holed up in rehab in Russia. F*** me gently with a chainsaw… let me do that story. Come on!”

A University of Ottawa professor who said: “Jordan Peterson, oracle to gullible young men, preacher of macho toughness, and hectoring bully to ‘snowflakes’, is addicted to strong drugs and his brain riddled with ‘neurological damage’.”

A prominent Canadian playwright who wrote: “On the plus side, I’m sure a lot of Peterson’s imbecilic followers are developing drug habits right now so they can ‘be just like him’. Happens when the media creates academics for morons.”

When I read some of the responses to Jordan Peterson’s illness, I’m reminded why the Left has become so commonly associated with a lack of compassion, tolerance and basic human empathy.

We on the Left need to get our own house in order. These people are seriously fucking it up. pic.twitter.com/VRprW729G5

But Peterson has also made numerous fans with his advice on how to sort your life out and build self-respect.

“Walking down any street with him, or sitting next to him in book-signing queues, I saw first-hand what other people heard about,” Murray recounted.

“In the 20 or 30 seconds that people might have him to themselves, they didn't tell him how much they loved his work. They told him what a difference he had made to their lives.”

“A great author is lucky if this is said to them even a few times in their lives. Peterson was told it multiple times every evening.”

000000
Popular comments
These SJW's has no shame, i hope mr Peterson can wether this.