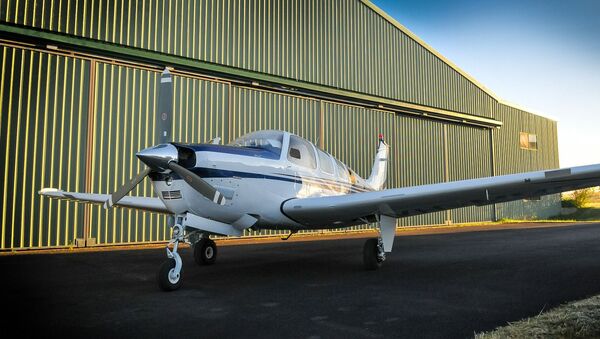 According to France 3 TV channel, a tourist Piper PA 28-181 plane which was built in 1988, crashed on the Larzac plateau, between Millau and La Cavalerie, in the town of Creissels, at about 1 pm local time.

Four people were killed when a tourist plane registered at the Angoulême aeroclub crashed several kilometres north of the runways of the Millau-Larzac aerodrome on Sunday.

For yet unknown reasons, the pilot lost control of the aircraft, and the plane caught fire on touchdown, killing the pilot and three passengers, France 3 reported. The broadcaster added, citing its colleagues from South West, that there were two pilots on board the plane, both were experienced. Also, there was a 15-year-old boy, who was preparing to pass his aeronautical initiation certificate, and this flight was a gift to him from the club. The fourth victim was the father of one of the pilots.

The Bureau of Investigation and Analysis (BEA) for Civil Aviation Security announced on Twitter that its team of investigators would arrive at the scene on Monday morning.

​The Piper PA-28 is a four-seater light aircraft manufactured by Piper Aircraft (US). It has a 180 horsepower engine and is considered a very reliable aircraft by pilots.