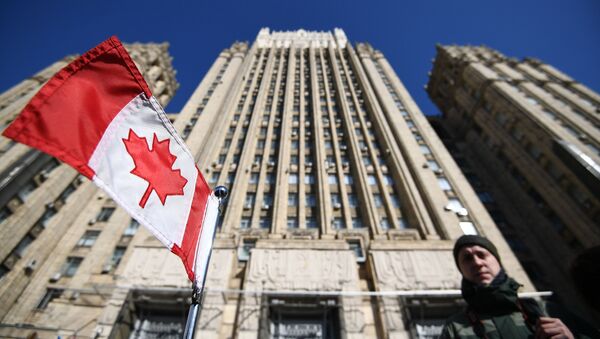 TORONTO (Sputnik) - Nazi criminals should be prosecuted regardless of circumstances including those who have found safe haven in Canada, a Russian Embassy spokesman said.

On Friday, Russia’s Investigative Committee sent a request to Canadian authorities to provide legal materials related to Helmut Oberlander, a translator in a Nazi Einsatzgruppen death squad that Russia accuses of organizing a massacre of orphans in the Russian city of Yeysk during World War II.

“Russian position is well-known: Nazi war criminals and Nazi collaborators, including those who found safe haven in Canada to not face justice, should be punished for atrocities they committed or were complicit in, regardless of age. Nazi crimes have no statutes of limitations,” the spokesperson said on Friday.

Earlier, Canada’s Justice Department said it could not comment on the Russian request due to a bilateral legal treaty confidentiality clause.

In late December, Thomas Will, the deputy head of Germany's Central Office of the State Justice Administrations for the Investigation of National Socialist Crimes said that German authorities had begun an inquiry into the massacre in Yeysk and other Nazi crimes committed in Russia’s Novgorod region.