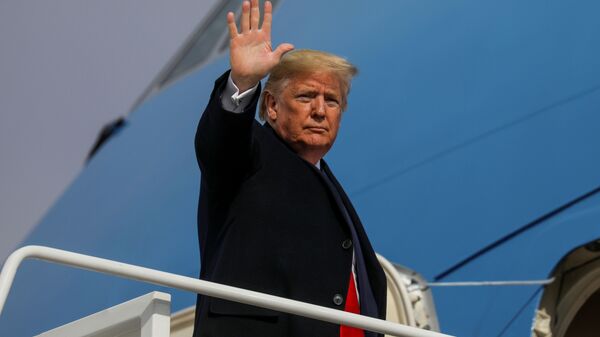 The US president would allegedly make inquiries about badgers when his ex-chief of staff was trying to brief him on matters like healthcare initiatives or foreign policy.

A new book titled "Sinking in the Swamp: How Trump’s Minions and Misfits Poisoned Washington" penned by Daily Beast reporters Lachlan Markay and Asawin Suebsaeng offers a peculiar insight into US President Donald Trump's alleged fascination with a particular breed of animals.

According to The Guardian, the book, which deals with “the murky underworld of President Trump’s Washington, dishing the hilarious and frightening dirt on the charlatans, conspiracy theorists, ideologues, and run-of-the-mill con artists who have infected the highest echelons of American political power”, also mentions that the US head of state repeatedly questioned his former chief of staff Reince Priebus about badgers.

there’s a part of the book by @lachlan & me that probs won’t get excerpted anywhere, but i have a soft spot for it: President Trump would repeatedly derail WH/policy conversations he was having w/ Reince Priebus to ask him if Wisconsin badgers were mean to people & what they ate

​The president would reportedly bring up this issue when Priebus "was attempting to brief the president on matters of healthcare initiatives, foreign policy, or Republican legislative agenda", grilling the latter on whether badgers are "mean to people" or if they are "friendly creatures".

"An obviously enthralled president would stare at Priebus as the aide struggled for sufficiently placating answers, all the while trying to gently veer the conversation back to whether we were going to do a troop surge in Afghanistan or strip millions of Americans of healthcare coverage," the book's authors wrote, as quoted by the media outlet.

News of this development elicited a largely amused reaction online, with a number of social media users poking fun at Trump over this matter.

Would you say that Trump was ... badgering people about it

Honestly shocked he exhibited curiosity about something.

“A lot of people don’t know that badgers are mean to people.” - President Trump at a Wisconsin rally, probably.