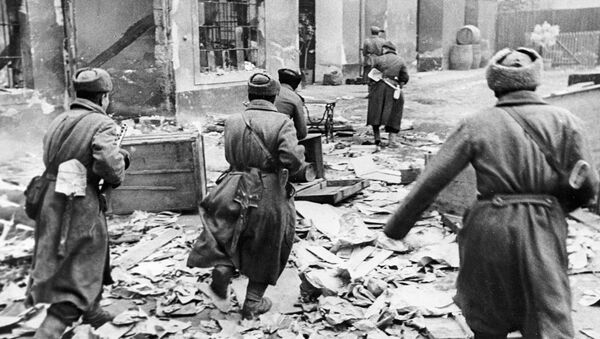 Ilya Tsukanov
All materialsWrite to the author
Kicking off in late October 1944, the Soviet offensive to liberate the Hungarian capital turned into a brutal slog in the streets of the city between the Red Army, fanatical local fascists and crack German troops, serving as a final ‘dress rehearsal’ for the April 1945 operation to take Berlin.

The Russian Defence Ministry used the occasion of the 75th anniversary of the conclusion of the Budapest Offensive to publish a series of never-before-published documents, maps, photos and other archival materials relating to the operation.

The declassified papers include a map dated December 1944 showing Soviet intelligence estimates on the positions of Nazi troops, and the official decree dated October 27, 1944 announcing the operation and its aims. The decree stresses that the offensive is dictated by military necessity and the continued resistance of Axis troops, and had no other goal than to free the Hungarian people from Nazi oppression. 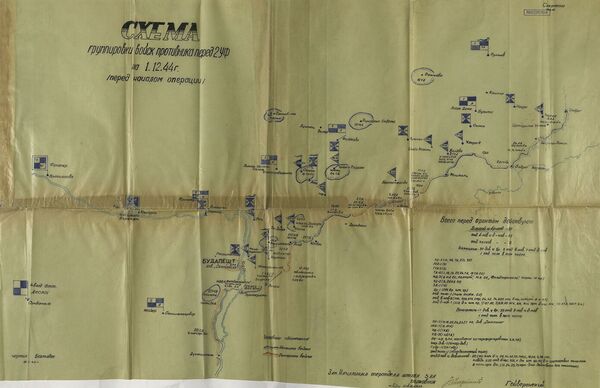 Declassified document on the liberation of Budapest by the Red Army
© Photo : Russian Defence Ministry Archive

Documents from the archive also include testimony related to Nazi atrocities against their erstwhile Hungarian allies after Budapest attempted to switch sides. The Wehrmacht marched into Hungary in March 1944, and with the help of collaborationist authorities, over 500,000 Hungarian Jews were sent to death camps.  Occupation forces also destroyed local churches, sent children and pensioners to work camps, and carried out other crimes against the civilian population. The papers include an intelligence report gauging civilian sentiment, which showed that Budapest’s civilian population was awaiting Soviet forces, because bread had all but disappeared from the city.

Among the archive are over two dozen rare archival photos from the immediate aftermath of the military operation, showing a city in ruins, with buildings and bridges destroyed, damaged military equipment littering city streets, and some of Budapest’s historical landmarks defaced. 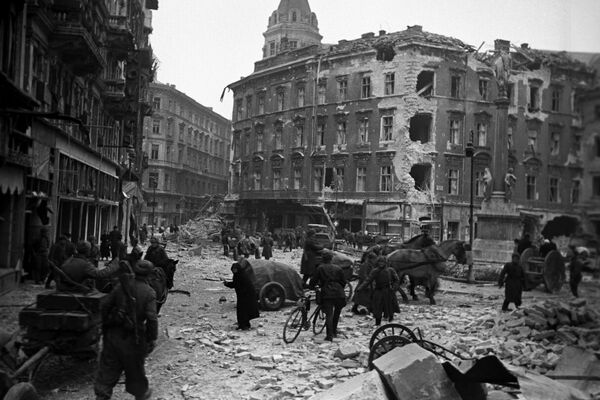 The papers include a 12 page report by captured Hungarian Army Maj. Gen. Gabor Gerlotsi, an adjunct to Hungarian dictator Miklos Horthy, who indicated in testimony that Berlin did not consider it necessary to communicate their military plans to their Hungarian allies. Horthy was forced out of power in October 1944 after attempting to cut a ceasefire with the Allies, and was replaced by Ferenc Szalasi, leader of the fascist Arrow Cross Party, who pledged allegiance to Hitler.

Fight to the Death

Among the papers is an ultimatum dated December 29, 1944 addressed to German troops defending the city. Red Army Captain Ilya Ostapenko and Captain Miklos Steinmets, a Hungarian-born officer fighting alongside the Soviets, were killed by the Nazis after delivering the ultimatum documents, in contravention of all internationally-established norms.

A two page intelligence reported dated January 1945 shows that fanatical defenders of the city from the Arrow Cross Party had mined many of its buildings to explode, with defenders ordered to fight to the last man, even as Nazi officers fled aboard transport aircraft after the city was encircled.

Another order dated February 10, 1945 ordered the Red Army to act civilly toward captured Hungarian troops, and to arm any soldiers or officers choosing to side with the Allies and to send them to the front. 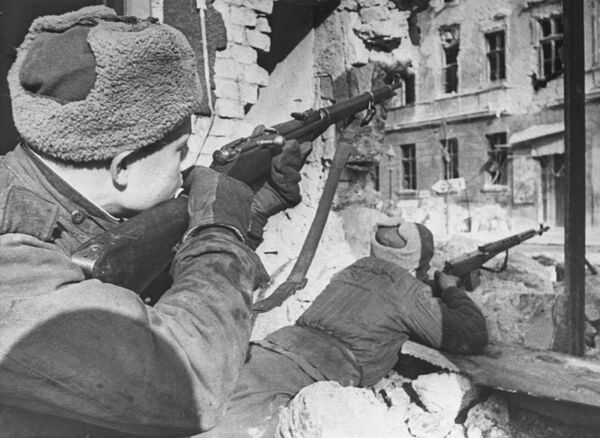 Measures to Stop Violence Against Civilians

Recently, Budapest authorities announced plans to erect a statue dedicated to the victims of wartime sexual violence, continuing the post-1989 narrative accusing Soviet soldiers of raping Hungarian women en masse after entering the city. Natalya Malinovskaya, daughter of Marshal Rodion Malinovskiy, one of the Soviet commanders of the Budapest operation, stressed that her father enforced a strict policy up to and including execution against soldiers engaging in crimes against civilians. “My father set up very tough rules against looters and rapists,” she said in an interview. “There were isolated cases of crimes against the civilian population, but they were quickly and harshly punished. Several soldiers were demonstratively shot,” she recalled. 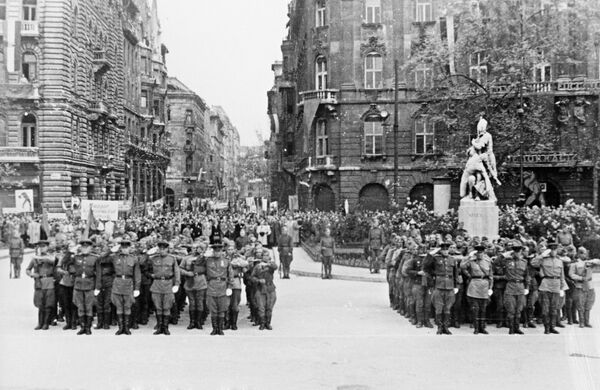 Parade of Soviet troops in liberated Budapest on May 1, 1945, Hungary. The Great Patriotic War of 1941-1945. Reproduction of photo from archive of Pavel Luknitsky
© Sputnik /
/
Go to the photo bank

Second in Length Only to Stalingrad

The Budapest Operation lasted 108 brutal days and nights, and came to an end on February 13, 1945 with the complete liberation of the Hungarian capital by the forces of the 2nd and 3rd Ukrainian Fronts commanded by Marshals Malinovsky and Fyodor Tolbukhin. That night, in Moscow, on the occasion of the liberation of the city, artillerymen gave a 324 gun salute.

According to Mikhail Myagkov, scientific director of the Russian Military Historical Society, the Budapest operation was second only to Stalingrad in its difficulty. “Of all the European capitals taken by Soviet troops, the fight for Budapest saw the longest street fighting. Things were more difficult only in Stalingrad,” he stressed. 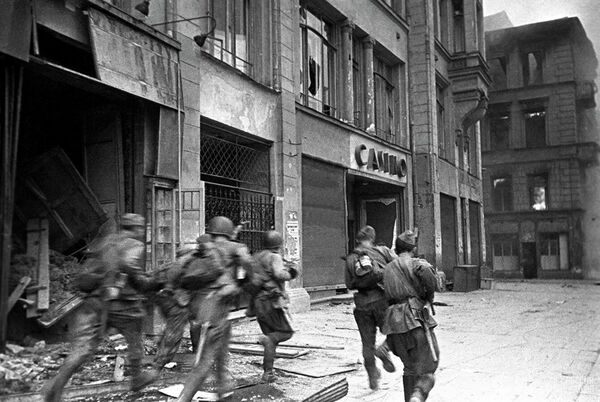 In all, the Budapest offensive claimed the lives of some 80,000 Soviet and allied Romanian troops, with 240,000 more receiving injuries. An estimated 50,000 German and Hungarian troops were killed, with 26,000 more wounded and 138,000 captured. As many as 76,000 civilians also died during the brutal house-to-house fighting. The capture of Budapest and Hungary as a whole deprived Hitler of his last European puppet ally, his last foreign oil fields, and helped cut off the remaining German forces in Southern Europe.