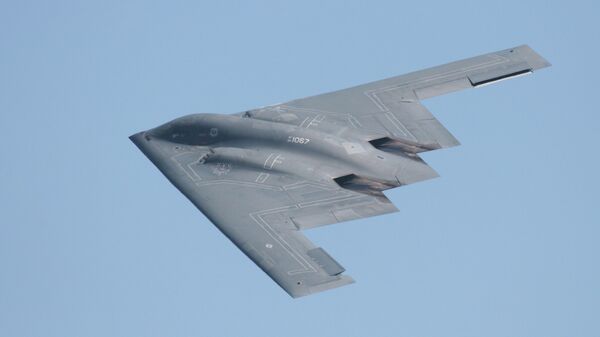 The US Air Force (USAF) is looking to upgrade its aging B-2 Spirit bombers with new cockpits, even as it prepares to sink billions into constructing their replacement, the B-21 Raider.

Budget requests for fiscal year 2021 include $155 million for modernized displays and a more advanced graphics processor in the USAF’s 20 B-2 Spirits, which date to the 20th century. The plan calls for restructuring a more ambitious initiative called the Defensive Management System Modernization (DMS-M) program that is three years behind schedule.

“Delays in the acquisition of B-2 DMS-M reduced return on investment,” the USAF wrote in budget documents, according to Defense News. “In response to this shifting timeline, the Air Force realigns funding to address reliability and sustainment of the B-2 cockpit display system until end-of-life, while developing new capabilities aligned to the National Defense Strategy.”

The outlet notes the plan will save about $327.9 million, but that it foregoes more expansive upgrades to other systems that would have been included in the original DMS-M plan.

Northrop Grumman's B-2 Program Manager, Richard Sullivan, told The War Zone last August the program would have completely overhauled the B-2’s antenna arrays to account for 30 years of advancements in electronic warfare since the first B-2 flew in 1989.

Like Lockheed Martin’s F-35, the B-2’s ability to remain stealthy is heavily dependent on identifying radar threats long before they appear and having its computer plot a path around the edges of those arrays in order to lurk in the shadows. However, computers in the 1980s and 90s, when the B-2s were being built, couldn’t make the in-flight calculations the F-35’s Autonomic Logistics Information System does; DMS-M would have changed that, ending the need for rigid mission planning before crews get in their jets.

While the truncated DMS-M program won’t forego the more powerful processor or the displays needed to make full use of it, new antennas and avionics have been cut, which threaten the stealthy jet’s survivability.

Meanwhile, the Air Force has also requested some $10.3 billion over the next four years for building the B-2’s replacement, the similarly-styled B-21 Raider. 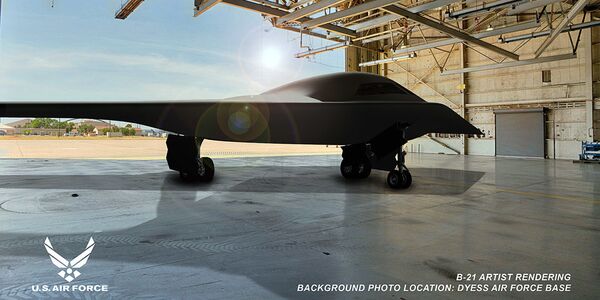 This is an artist rendering of a B-21 Raider concept in a hangar at Dyess Air Force Base, Texas. Dyess AFB is one of the bases expected to host the new airframe. (Courtesy graphic by Northrop Grumman)
© Northrop Grumman

The first B-21 is already under construction, with its first flight expected by the end of 2021 and operability perhaps by the early 2030s, although some estimates point to the first of 100 planned bombers going active in the mid-2020s. Like the B-2, the B-21 will carry nuclear weapons, including gravity bombs and nuclear-tipped cruise missiles.

The B-21 will not only replace the B-2, but also the B-1B Lancer, which is even older. Both aircraft will begin to phase out by the end of the decade.