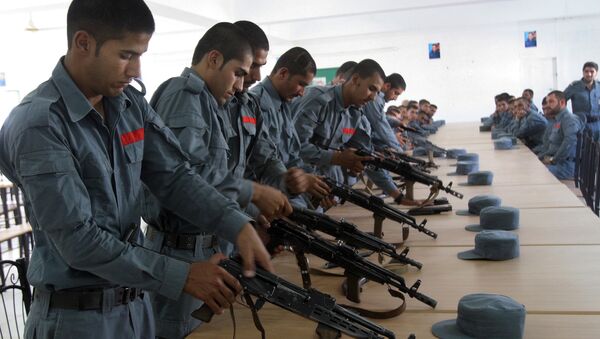 The US Congress’ Afghanistan reconstruction watchdog told lawmakers on Tuesday that increasing classification of data on the 18-year-long war has made him completely unable to say whether or not the US is winning that war.

“Every time we find something that looks like it’s going negative, it gets classified,” Special Inspector General for Afghanistan Reconstruction (SIGAR) John Sopko told Congress on Tuesday. “Most of the [methods] of measuring success are now classified.”

The clampdown has come in the wake of complaints by US President Donald Trump that information about the 18-year-long war was too transparent.

"They do a report on every single thing that's happening, and they release it to the public," US President Donald Trump lamented at a Cabinet meeting in January 2019. "We're fighting wars, and they're doing reports and releasing it to the public? Now, the public means the enemy. The enemy reads those reports; they study every line of it. Those reports should be private reports."

"I don't want it to happen anymore," the president reportedly told then-acting US Secretary of Defense Patrick Shanahan at the meeting.

According to Sopko, it hasn’t.

“One question we would like to ask the Afghans is how many people [they] control and how much territory, and that’s now not relevant, apparently … It’s all secret, classified,” the watchdog chief told a Senate panel on Tuesday, according to Stars and Stripes. “$64 billion has gone to training and assisting the Afghan military, and I can’t tell you or the American people [how capable they are]; that’s in part because we allow the Afghan government to classify what I can tell you and tell the taxpayer.”

“How many Afghan soldiers do we have? We’re still trying to figure out how many we’re paying for. How many Afghan police are there, really? We don’t know.”

When Sopko last reported on the status of the Afghan state’s armed body of men in July 2019, it was the lowest headcount recorded in five years.

“We have a list of everything that’s classified, and it keeps growing,” he said Tuesday before the Senate panel. “The latest is looking at the Afghan special forces. It’s great, we’ve put a lot of money in that. But looking at the number of independent missions the Afghan special forces are doing has gone down. I would bet you that next quarter, that database will be classified.”

The first item to go dark was district control data, which showed what percentage of the country was controlled by the Taliban, by the government’s forces in Kabul or by other factions like the Haqqani Network or Islamic State Khorasan, a Daesh franchise. Operation Resolute Support, NATO’s military mission in Afghanistan, stopped reporting the data to SIGAR in October 2018 - when a report showed US-allied forces had steadily lost ground to the Taliban over the last few years.

However, the veil of secrecy concealing US failings in the two-decade-long war has hung for much longer than that, as the Washington Post’s publication of the Afghanistan Papers late last year demonstrated.

In January, Sopko told Congress the reconstruction effort has been plagued by “an odor of … mendacity and hubris,” noting a plethora of examples of either purposeful misreporting of information or omission of vital details in order to conceal failures. Some of those included false reports on supposed progress in increasing life expectancy and child school enrollment, even though the officials “knew the data was bad,” and it was statistically impossible to have achieved the life expectancy gains reported.

"When we talk about mendacity, when we talk about lying, it's not just lying about a particular program. It's lying by omissions," Sopko noted last month. "It turns out that everything that is bad news has been classified for the last few years."