Those Under the Influence of Marijuana Suffer From Memory Loss, False Scenarios, Study Shows 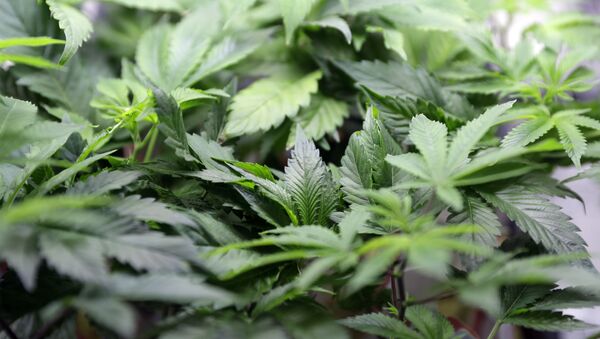 © AP Photo / Marcio Jose Sanchez
Subscribe
To study how smoking marijuana can affect testimonies in crime investigations, scientists gave cannabis and a placebo to two groups of adults and provided them with VR-headsets to watch how they commit or witness a crime.

A team of researchers from Maastricht University in the Netherlands and the University of California at Irvine, concluded that people who are under the influence of marijuana are more likely than those who are sober to form false memories and be suggestible to planted scenarios, The Daily Mail reports.

Although crime witnesses are not usually required to be drug-tested, this study, called “Cannabis increases susceptibility to false memory”, published in the Proceedings of the National Academy of Science of the US, suggests that a description of events might be affected if a person is under the influence of marijuana. One of the co-authors, Elizabeth Loftus, who for decades has studied eyewitness testimonies showed that people’s recollection of events can be steered by a specifically-built line of questioning.

For the research, her team hired 64 adults, whom they split into two groups. While one group received controlled and specifically measured doses of cannabis, others were given a placebo before being subjected to two experiments.

During the first scenario, participants were shown a piece of paper with words and later asked to recall them. As it turned out, those in the marijuana group tended to name words which were not on the list far more often.

Another test, using VR-headsets to make them feel like they were immersed in committing or witnessing a crime, confirmed the results of the first experiment. It was far more likely that people who were under the influence of cannabis would falsely recall details of these experiences than their sober counterparts. A week later their memories were equally inaccurate.

“Our findings show that it would be better for police officers and investigators to postpone the questioning of eyewitnesses and suspects who are under the influence of cannabis until they are sober,” study co-author Jan Ramaekers said.

000000
Popular comments
What drug Hillary, Pelo, Schiff are on?