China, Russia Pose No 'Direct Threat' to US Other Than Economic One, Researcher Says

Tim Korso
All materialsWrite to the author
The slimmed down US defence budget has left the Pentagon struggling to find resources internally in order to achieve the goals it set back in 2018, including shifting more focus on countering China and Russia.

US Defence Secretary Mark Esper has recently addressed the US Congress for help in boosting the defence budget so it could grow by 3% to 5% each year and to throw in additional an $2 billion for the 2021 budget that otherwise would be reduced.

These changes to the defence budget were justified by the need to fulfil the provisions of the National Defence Strategy (NDS) drafted in 2018. The latter suggested that the US must counter a rising China and Russia and develop new weapons and new technologies, such as artificial intelligence, 5G technology, and hypersonic weapons. But does the US really need that much money for these purposes or is there something else that the White House is seeking to achieve?

One of the things outlined in the National Defence Strategy for improvement was nuclear weapons. Not only are they they from the Cold War-era, but they also don't meet the current demands of the American military. In a move deemed controversial by some experts, namely the creators of the Doomsday Clock, the Bulletin of the Atomic Scientists, the US started developing so-called low-yield nuclear weapons that are expected to prevent China and especially Russia from the limited use of their own nuclear arsenals.

While the development of the low-yield nukes seems to be going fine, the renewal of Washington's main nuclear arsenal will require a significant portion of the yearly military budget, around $50 billion, according to estimates by Dr Gal Luft, co-director of the US-based Institute for the Analysis of Global Security. He believes that the boost in defence spending will mainly be used for these purposes, especially in light of the uncertainty surrounding the future of the START treaty. The latter expires in a year and the US has so far been reluctant to engage in discussions with Moscow to extend it. 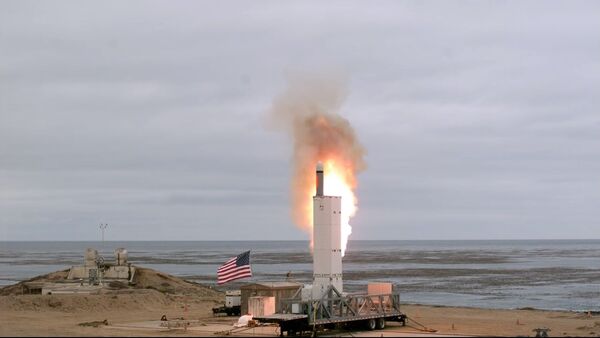 Robert James Spitzer, an American political scientist and commentator, on the other hand believes that President Donald Trump generally favours defence spending and has surrounded himself with military advisers, who also eagerly support it. This comes as no surprise especially against the backdrop of the US Navy struggling to meet the 355-ship fleet level set by Trump during his 2016 election campaign.

While the Trump administration's targeting of Russia and China isn't totally surprising, it is possible that the reasons for mentioning them in the NDS were not merely due to military or security matters, another analyst suggests. Earl Rasmussen, a researcher and executive vice president of the think tank Eurasia Centre, thinks Russia and China pose no "direct threat" to Washington other than an economic one.

"China's Belt and Road Initiative is enabling infrastructure development, economic growth, and improved supply chains across multiple countries. While this initiative is positive for countries involved it is considered a threat to US influence and hegemony", he noted.

Rasmussen further noted that by boosting defence spending Trump essentially supports the entire military industrial complex. And in order to justify it, his administration needed a "bogeyman" in the form of Beijing and Moscow.

Is Spending the Key to Re-Election?

At the same time, demands to increase military spending come at a sensitive moment, when the 2020 presidential election campaign has already started. If such budget amendments are accepted, this might play into Trump's hands and grant him another four years, some experts suggested. 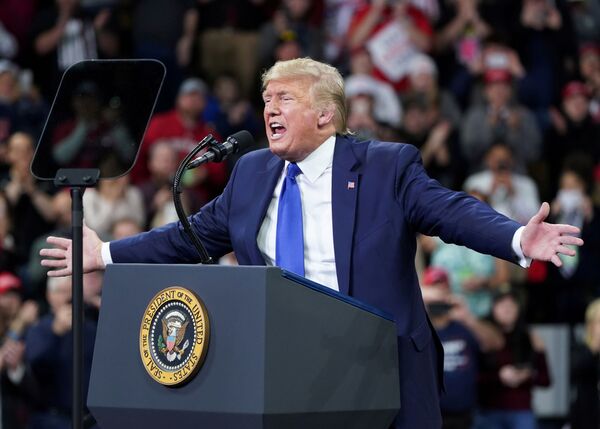 Dr Rubrick Biegon, a lecturer in international relations at the School of Politics and International Relations of the University of Kent, says that such a move "plays well with his conservative Republican base" as then POTUS will be able to claim that he has "rebuilt" the US military. Political scientist Robert Spitzer in turn stresses that defence spending, if the White House gets it approved, would go directly to "political battleground states like Ohio, Pennsylvania, Virginia, and Wisconsin" and hence give Trump an upper hand there.

Trump's relatively aggressive approach to US foreign policy is bound to attract right-wing leaning voters in 2020 and his decision to boost defence spending goes in line with this profile, Dr Hasan Askari Rizvi, a prominent independent political and defence analyst, adds.

"This fits well into his slogan 'America First' which attracts votes of semi-educated rural-based white Americans", he elaborated.