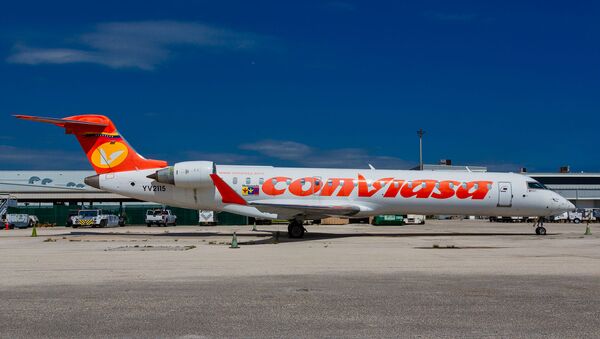 Caracas will go to international courts in connection with US sanctions against the Conviasa airline, President Nicolas Maduro said Tuesday.

"We will immediately file a complaint against the US government over the damage they intend to inflict on Conviasa, Venezuela will seek justice in international courts", Maduro, whose statement was broadcast on Twitter, said.

Pompeo, Guaido Pledge to Redouble Efforts to Oust Maduro
Earlier this week, a senior US administration official said the United States will impose "impactful" measures on the Maduro government.

Venezuela has been suffering from a severe political crisis since the beginning of last year, when Juan Guaido, the head of the opposition-controlled National Assembly, proclaimed himself an interim president of Venezuela in a bid to oust constitutionally-elected Maduro from power.

Maduro has accused Guaido of being a US puppet working with Washington to orchestrate a coup so that the United States can control Venezuela’s natural resources.

Several countries, led by the US, recognized Guaido, while Russia, China, Turkey and a number of other states firmly backed Maduro.