We the People vs. US Elites 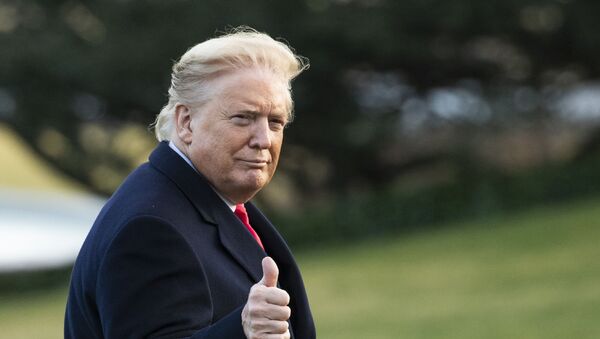 Finian Cunningham
All materials
The double-debacle of President Trump’s impeachment and the Democratic Party’s presidential candidate race shows the limit of an American article of faith: that its democracy is founded on the principle of “we the people”.

“We the people” is more an aspiration, even a myth, rather than the existing reality. The reality is that citizens’ votes are not the primary driver of democratic rule. The nature of ruling power is determined by the elites: the tiny minority of ruling class that comprises super-rich political donors, corporate executives, Wall Street banks and highly concentrated news media.

America is not a democracy – at least not yet anyway – despite nearly 244 years of history as a modern state. It is a plutocracy run by an oligarchy. Such an observation is not a radical criticism. Former President Jimmy Carter came to the same conclusion. So did a study conducted by researchers from the prestigious US universities, Princeton and Northwestern.

Thus, the four-year exercise of citizens voting for president or members of Congress is more accurately a “selection”, not an election.

The selection being made, largely, by the ruling elites and the mass media controlled by a handful of corporations. Before a candidate’s name gets on the ballot paper, there’s a huge filtering process which whittles down the final list presented to voters for their nominal “X”. Big-money donors (billions of dollars), as well as withering and warping media coverage, usually determines who gets selected for voters to “choose”.

The election of Donald Trump to the presidency in 2016 was something of an upset for the usual process. His then-Democratic rival Hillary Clinton was supposed to be the winner back then, as preconceived by the US elite. A populist insurgency against the establishment politics favouring the outsider Trump overturned the usual predetermined outcome. Trump’s personal wealth also helped him ride out the selection process which would have weeded out a financially disadvantaged candidate.

Like him or loathe him, Trump got elected. But ever since he took office more than three years ago, the ruling elite has never accepted the “democratic result”. The never-ending but now defunct scandal of alleged “Russia collusion” was meant to oust Trump from the White House.

That didn’t work, so the recent impeachment circus was then invoked as the next means to eject Trump. This constitutes, in effect, a soft coup against the electoral rights of the citizens who voted for Trump in 2016. They dared to vote the “wrong way”, according to the ruling oligarchy, which favoured Clinton.

Trump has been acquitted by the Republican-controlled Senate of impeachment charges concerning his communications with the Ukrainian president. Nevertheless, most of his presidency has been dominated by relentless political and media efforts to abort his presidency and the democratic process which managed to somehow get him into office against the usual odds determined by the elite.

We see this same elitist selection process at work in the current contest among Democratic candidates for their party’s 2020 presidential nomination.

The anti-war candidate Tulsi Gabbard is being denied equal media coverage by the corporate media which prefers someone more “centrist” like former Vice President Joe Biden. Despite a strong showing in some polls, Gabbard’s supporters accuse CNN of gagging the Hawaii congresswoman by not permitting her participation in televised town-hall debates.

Tulsi is calling out a stitch-up by the Democratic Party leadership. She accuses Tom Perez, the chair of the Democratic National Convention, of “kowtowing to billionaires” by not allowing more radical contenders to have a fair crack at the presidential nomination.

Bernie Sanders, an avowed “socialist” candidate, is surging ahead in the polls among ordinary Democratic Party voters due to his policies of ending billionaire tax privileges and introducing free education and healthcare for all citizens. Yet, by and large, the US media are hostile to Bernie and his policies. CNN has even run dirty tricks to portray the 78-year-old Vermont senator as “sexist” or “too old”. This is while it gives endless favourable coverage to Joe Biden whose mental faculties have been lacklustre or worse.

This week, Biden demeaned a female student who asked him tough questions about why he failed to gain votes in the recent Iowa caucuses. Snarky Biden called her “dog-faced”. CNN played down his verbal abuse by saying that’s a “pretty normal thing to say – for Joe Biden”.

Can you imagine the hue and cry if, say, Sanders had said that?

On Bernie Sanders, CNN editorialised this week: “History suggests Sanders is unelectable… socialism has never established a foothold in American politics.” It added that the “Washington’s elite” fear “his budget-busting plans for revolution will scare moderates away in November [presidential election]. And if Sanders is nominated, Donald Trump will delight in branding him a Fidel Castro-loving radical antithetical to the US mainstream.”

'No Chance In Hell': Former Clinton Advisor Warns Against Bernie Sanders Democratic Nomination
So there you have it. CNN and the Washington elite are deciding who voters can vote for based on their prejudices and predilections. Not on what voters actually want (according to various polls out there.)

Bernie Sanders and Tulsi Gabbard would make a formidable pairing as Democratic candidates for president and vice president. But that assumes “we the people” rule. The reality, however, is that elite rule in US politics is trying to prevent this eminently democratic choice being made.

The irony is that the anti-democratic machinations of the Democratic Party and the political-media establishment will backfire big time – again – resulting in four more years of Donald Trump.