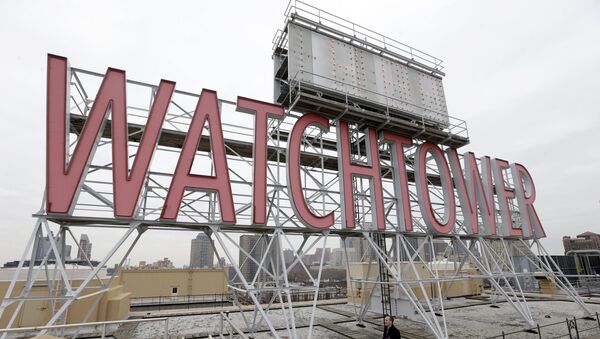 A former Jehovah’s Witness claims a Pennsylvania grand jury is investigating the Christian denomination’s leadership over allegations of failing to carry members’ reports of child sex abuse to the authorities in recent decades.

Mark O’Donnell, a 52-year-old former Jehovah’s Witness who left the religion after 30 years, revealed to USA Today last week that the Pennsylvania attorney general’s office has launched an investigation regarding the governing Watchtower Bible and Tract Society’s alleged cover-up of child sex crimes within the denomination.

While Pennsylvania Attorney General Josh Shapiro’s office expressed that they “cannot confirm nor deny” the investigation’s existence, O’Donnell provided USA Today with a copy of the grand jury subpoena, which is dated June 11, 2019.

According to O’Donnell’s February 8 article on JWSurvey, a website which publishes content critiquing the religion’s inner workings, he first testified in front of 23 grand jurors on August 22, 2019, for over two hours regarding subjects ranging from his personal history with Jehovah’s Witnesses to the governing body and its network’s protocol for handling sex abuse allegations.

“They made it clear that they wanted to go to the top of the organization,” the 52-year-old told Reveal News. “That even if an organization is headquartered in another state or country, they were not going to let it be a barrier to their investigation.”

O’Donnell returned to the state capitol on December 18, 2019, and was read a six-page, once-confidential letter issued by Watchtower to “all bodies of elders in the United States” in 1989. The document plainly stated that that elders have a responsibility to “shepherd the flock” and “must be careful not to divulge information about personal matters to unauthorized persons” - including law enforcement officials - and instead contact the religion’s legal department.

The former Jehovah’s Witness also revealed that another Watchtower-issued document from March 14, 1997, was also presented before the Pennsylvania Grand Jury. This particular document requested information on known abusers within the religion.

“The body of elders should … give the Society a report on anyone who is currently serving or who formerly served in a Society-appointed position in your congregation who is known to have been guilty of child molestation in the past,” reads the letter, which had been previously brought up in civil lawsuits against Watchtower as proof of the religion possessing a database with information on thousands of abusers.

"Any suggestion that Jehovah’s Witnesses foster or enable abuse is false," the Jehovah's Witnesses’ US Branch said in a statement to USA Today, asserting members “care deeply about children” and adheres to the law.

"We welcome an opportunity to explain our beliefs and practices to government officials and look forward to any recommendations they may have as we continue to focus on educating and equipping parents to protect their children from the horrible crime of abuse,” added the denomination’s leadership

The Pennsylvania state prosecutor’s office previously conducted an investigation into six Roman Catholic archdioceses in 2018, leading to the release of the names of dozens of clergy members and seminarians who were accused of sexually abusing children over the past several decades.

While the office cannot comment on the matter at the moment, it is possible that warrants and additional subpoenas may result from the reported grand jury investigation in the coming months.