Thawing Ice May Let Loose Dangerous Viruses From the Distant Past 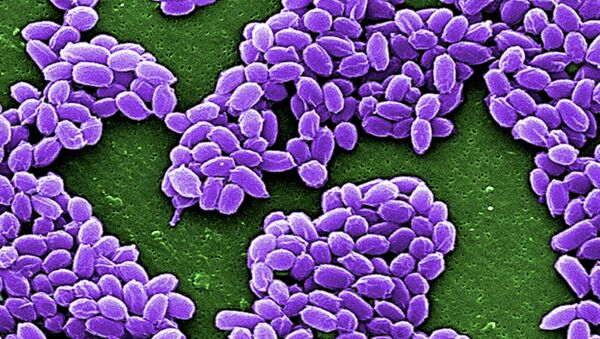 Scientists have suggested the virus release may turn out the “worst-case scenario” in the wake of glacier melting, although it is no less worrisome that the latter may destroy precious “archives” that may come in handy in further research.

As the polar ice caps shrink more and more with each passing year, scientists warn that rising temperatures may cause ancient viruses and bacteria which were there in the soil hundreds and thousands of years ago to re-reemerge from the permafrost, Newsweek reported, citing a new, yet to-be-published survey.

Earlier this year, scientists scrutinising two ice core samples from the Guliya ice cap in Tibet, stumbled upon several such viruses. One of the samples dated back 520 years, while the other appeared to have been locked away in the ice a staggering 15,000 years ago.

Four of the virus types were already known, but 28 had never been seen before, researchers said, arguing that in their survey, they worked out an “ultra-clean” method of microbial and viral sampling that allows for an unharmed extraction of the sediments or species from a glacier or any other formation.

The research, which is now at the pre-print stage, and thus hasn’t yet been reviewed by an expert panel, suggests that such a virus “release” is the worst-case scenario, while melting snow may also destroy the crucial biological “archives” that could help us learn more about Earth’s previous climate conditions.

When asked if ancient viruses may pose a danger to humanity, Jean-Michel Claverie, Professor of Genomics and Bioinformatics at Aix-Marseille University in France, who didn’t partake in the Tibetan glacier study, said “maybe,” Newsweek reported.

"They could be ancient viruses that we already know—such as smallpox virus—that we wrongly thought were eradicated," he added in an interview with the edition.

"There also could be viruses that caused animal—or human—extinctions in the past, and that modern medicine is not aware of. The same is true of pathogenic bacteria, such as those causing anthrax."

Claverie's research has demonstrated that viruses can "survive" tens of thousands of years—"since the Neanderthal era"—unperturbed, provided that the conditions are right and “conducive” to their survival.

In 2014, he co-authored a paper describing a 30,000-year-old "giant virus" - more than ten times the side of the  standard 20-nanometer viruses - which had been dug out of Siberian permafrost. It was then revived in the lab, proving infectious despite tens of thousands of years spent dormant.

One of those discovered in 2014 bears the name of Pithovirus sibericum: ”pithos" is a large storage container used by the Ancient Greeks. The team has since discovered at least one other ancient virus, Mollivirus sibericum, found in the same 30,000-year-old ice sample.

According to Claverie, the virus' overwhelming longevity can be grounded by the fact that technically, they are not living things. To germinate and reproduce, they must penetrate the cell of a living organism and parasite there. Outside of a cell, they tend to be no more than inert particles called virions, which in theory may give rise to the infectious virus.