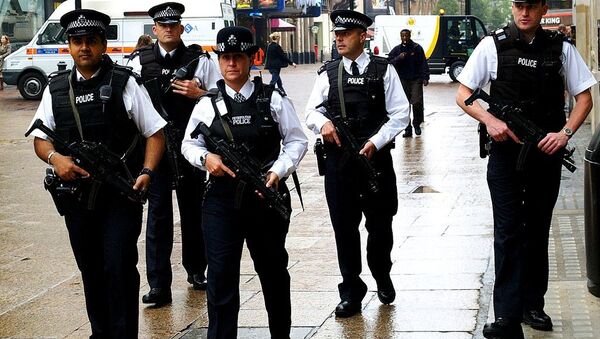 UK Prime Minsiter Boris Johnson centred reversal of police cut in his Decemebr 2019 general election campaign, pledging to recruit 20,000 extra police officers to patrol Britain's streets. Due to those looking to leave the service however, it may be the case that the number pledged is far too low.

Home office and police officials revealed on Saturday that Boris Johnson's pledge to recruit 20,000 new police officers in England and Wales within three years is not sufficient.

The officials, who are working on the prime ministers target, say the number is not high enough due to the amount of people who poised to leave the service.

Officials say the number which will have to be recruited is 53,000.

Current figures show that just 1 in 10 candidates who apply join the police get through, meaning that reaching the 53,000 goal would require half a million people to sign up.

The figure comes from the Uplift team responsible for recruitment which includes Home Office officials and representatives from the College of Policing and the National Police Chiefs' Council.

Campaigners in favour of increased police numbers also say that officers require a starting salary of £24,000 or more to meet the initial target.

The police in England and Wales dropped by 20,564 officers between March 2010 and March 2019, according to Home Office figures.

The Home Office has said that forces have been recruiting "at pace" but the leaders of the drive now say the total needed now is much harder after considering officers who are resigning or retiring.

In February 2019, the National Police Chiefs' Council (NPCC) explained that the police were in the midst of staffing crisis, finding that 6 of England and Wales' 43 police forces had missed their recruitment targets by over 25%.

The reasons for officers choosing to leave range from salary, to older recruits having to deal with increasingly complex crimes.

"They are leaving because of the huge stresses they are under", said Che Donald, of the Police Federation.

"They feel they are not being looked after and say, 'I can get a less stressful job with a better home-life balance and more money elsewhere'".

The Prime Minister pledged to reverse police cuts when he became prime minister in July last year and campaigned to bring 20,000 new police to the streets throughout the December 2019 general election campaign.

Cuts to police have been a central critique of the Conservative Party's tenure since the Cameron/Clegg coalition announced budget cuts in 2010.

Theresa May found herself the brunt of attacks for her role in slicing the police budget, an image which cost her dearly in 2017 contrasted by the opposition pledges to reverse the cuts.