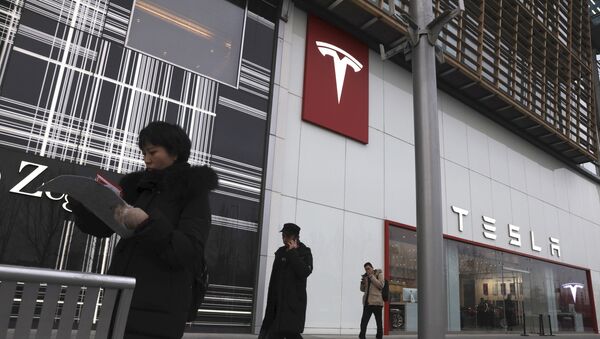 Tesla has temporarily closed its stores in mainland China from Sunday, February 2, according to an online post from a company sales employee.

The company didn’t make an official announcement, however, according to a CNBC translation of the original Chinese text, the Tesla employee wrote in a post on a messaging and social media app that Tesla stores were closed.

“From today on, Tesla stores are all closed throughout China. But I will answer questions online, around the clock. Online orders are still welcome. We suggest all of you stay home, and take good care of your health,” the translation of the text published on Sunday reads.

The electric automaker’s communications office in China has yet to confirm whether it actually closed its stores throughout the country. Earlier, several foreign brands operating in China, including Apple, also temporarily suspended or limited their local business operations. Apple said over the weekend it has closed stores in the mainland through February 9, citing public health concerns.

More than 31,000 people worldwide have been infected by the coronavirus. At least 636 people have died from the virus so far. The Chinese government also extended the Lunar New Year holidays, telling businesses throughout the country not to resume work before February 10 in an attempt to control the spread of the disease.