Israel's Ex-Ambassador to UN: Trend of Jerusalem's Recognition Will Continue Despite Challenges 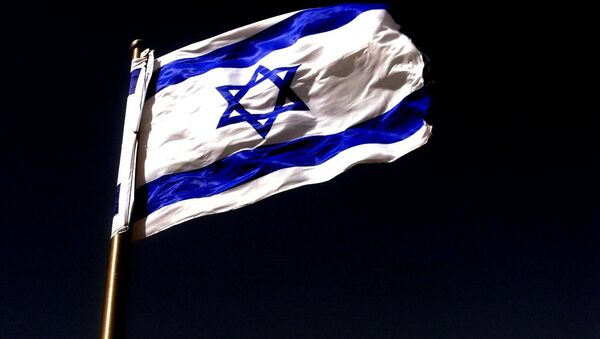 CC BY 2.0 / momo / Israel National Flag
Subscribe
While only two countries have recognised Jerusalem as Israel's capital, moving their embassies to the disputed city, more countries will follow suit, believes a former diplomat. But for that to happen, the Jewish state needs to allocate more funds into promoting its agenda on the global arena.

Visiting Uganda on Monday, Israel's Prime Minister Benjamin Netanyahu used the opportunity to offer the African leader a deal: "you will open an embassy in Jerusalem and I will do so in Kampala," said the PM.

Only two countries acknowledge Israel's 1980 decision to move the nation's capital to Jerusalem. One of them is the US: in December 2017 President Donald Trump announced he would move the American embassy to the contested city, sparking condemnation from the Arab community and resulting in riots. The other was Guatemala, which opened a new embassy in Jerusalem shortly after Washington's move.

Not a new concept

Netanyahu sees the decisions of the US and Guatemala as his personal achievements, but Ron Prosor, Israel's former ambassador to the United Nations and the head of Abba Eban Institute of International Diplomacy at IDC Herzliya, says this current success pales in comparison to what had happened in the past.

"Between 1967, [when Jerusalem was captured from Jordan] and up until 1973 there have been 18 embassies in Jerusalem, including those of countries such as Holland, Chile and Ecuador. This shows you that every time Israel has had a strong standing in the world, the status of Jerusalem went up. When the country got weaker, the capital too paid the price."

Over the years, Israel has managed to improve its standing in the global arena. A year ago, the prime minister re-established ties with Chad, a predominately Muslim country that had previously been hostile to Israel. More recently, he has met with the Sudanese leader to discuss the establishment of ties, and reports suggest that before the upcoming elections set for early March, the Israeli PM will also visit several Arab states to discuss potential cooperation.

However, public opinions on Israel remain largely negative, a BBC poll showed. Between 2012 and 2014 the network collected information on Israel in 22 countries, which revealed that only 20 percent of the world's population viewed the Jewish state in a positive light. 51 percent viewed it negatively, with most of the rejection coming from Asia, Europe and Latin America.

Most countries are frustrated with the way Israel is handling the Palestinian issue and will only recognise Jerusalem and move their embassies there following the resolution of the Israeli-Palestinian conflict.

They don't really care about the Palestinians

But Prosor doesn't seem to be taken in by these claims. "You need to differentiate between what they say publicly and what they really feel. While the common narrative is the importance of the Palestinian state, in reality, not many really care about their fate."

And many countries are now opening up to the idea that the recognition of Jerusalem is the right way forward, believes the former envoy.

"When President Trump decided to move his embassy, many warned him that flames would run through the Middle East, embassies would be burnt and people would be killed. That's why many leaders were afraid to follow suit, fearing they would be blamed for creating life-threatening situations for their citizens. But in reality nothing happened, leading more countries to the realisation that the move is actually possible".

One such state was Italy; its conservative frontrunner Matteo Salvini vowed to recognise Jerusalem as the capital of the Jewish state if elected.

Others, like Hungary and the Czech Republic, have preferred to open their trade houses in Jerusalem as a first step towards recognition.

"This is an experimental balloon," says the former ambassador. "On one hand, it removes the pressure off Israel that pushes for Jerusalem's recognition, and on the other, it gives them time to see whether the move will be accepted. If it is, they will enlarge their mission."

Despite his belief that this trend will only grow with time, Prosor says Israel is not exerting enough efforts into promoting its agenda.

"Jerusalem was the capital of the Jewish people when London was still a swamp. We need to change our own perception of the city and stop making compromises in this regard. When Israel moves its own offices to Jerusalem [many are now located in Tel Aviv - ed.], others will follow suit."

But it needs funds too. According to sources in the foreign ministry, Israel allocates about 0.3 percent of its total budget to the MFA, compared to other countries that tend to invest as much as 1.8 percent of the state's funds.

"In 2020 foreign relations are part and parcel of Israel's national security and we should allocate more resources to building relations and promoting trade and economics with other countries".

EU dude
6 February 2020, 09:43 GMT1
000000
Netanyahu told Uganda that only after they recognize Jerusalem as Israel’s capital will he build an embassy in Kampala. Uganda has to make the first move and then and only then will Israel build the embassy. Not very diplomatic on his part.