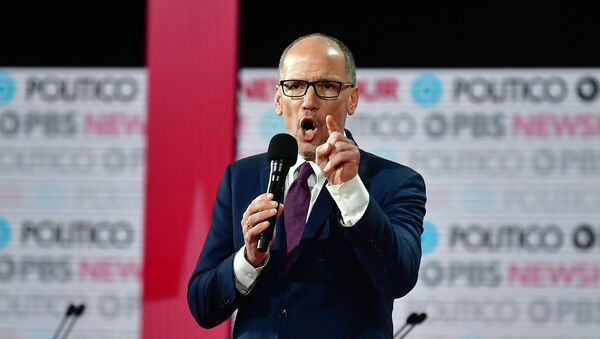 The initial results of the Democratic Iowa Caucus were due on Monday night by 11:00 p.m. EST but were delayed due to what the Democratic Party said were irregularities.

Democratic National Committee Chairman Tom Perez has urged Iowa Democratic officials to recanvass the results of the Iowa caucus to assure public confidence in its outcome.

Enough is enough. In light of the problems that have emerged in the implementation of the delegate selection plan and in order to assure public confidence in the results, I am calling on the Iowa Democratic Party to immediately begin a recanvass.

On Monday night, the US presidential nomination process kicked off with the caucuses in the state of Iowa and most of voting results were expected to be in by 11:00 p.m. However, the voting results were not released because of an application bug that allegedly prevented the officials from providing accurate tallies.

Three days after the Monday vote, Indiana Mayor Pete Buttigieg maintains a lead with 26.2% of votes, followed by Senator Bernie Sanders with 26.1%.

Senator Elizabeth Warren is in third place with 18.2 percent and former Vice President Joe Biden in fourth with 15.8 percent.