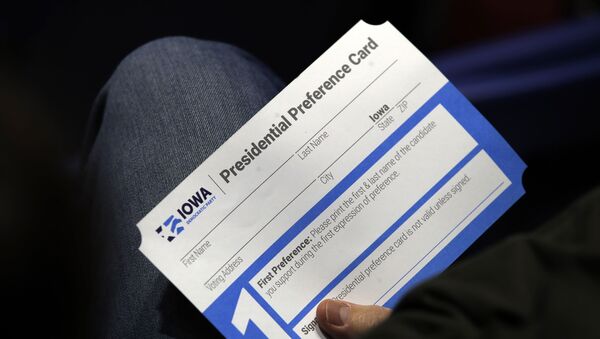 The word “caucus” comes up every four years as the race kicks off for the US presidential nomination in both the Republican and the Democratic parties, but many people outside of the country seem to have little idea of how the candidates are chosen. Here’s a brief explainer that might clear things up.

Caucus is the word of the week again following the nation’s first nominating contests in Iowa, where a faulty mobile app on Monday dramatically delayed the announcement of the winner.

Before the US presidential election occurs in November, each political party must nominate their respective candidate. Republicans and Democrats then announce their nominees at national conventions due in the summer.

Just like the president, those nominees are selected by special representatives of party members from each state. They are called delegates and are sent to a convention based on the results of state caucuses and primaries.

Those who get selected through a vote are called “pledged candidates”. Caucuses and primaries will produce a list of 3,979 pledged candidates who will vote at the Democratic National Convention on the first ballot. If no candidate wins the first vote, the 771 “super delegates” (party leaders and sitting officials, including governors and members of Congress) will have to weigh in. Those super delegates, also referred to as automatic delegates, are not selected at state primaries or caucuses and are not bound by their results.

So what is a caucus?

Primaries and caucuses are the two methods to elect those pledged candidates. A caucus is a meeting of party members that occurs at a specific location (not necessarily a polling station) and typically takes from one to three hours to complete.

There were roughly 1,700 caucus locations in Iowa on Monday, including community centres, schools, libraries, cafes, and country clubs.

Those who want participate in a caucus must be registered party members and eligible to vote (however, they can also register or change their party affiliation on caucus night). 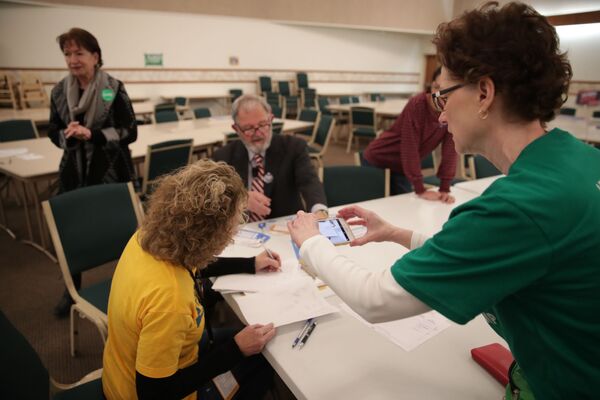 So people have to physically show up at a big crowded room in their precinct to debate the party platform and candidates. Republicans then secretly cast a vote to indicate their support, but Democratic caucus-goers first split into groups in the designated parts of the room to show their support for a candidate. Precinct chairs and volunteers then do the headcount and collect paper cards on which voters write their preference.

In most states and districts, a candidate must get at least 15 percent of the vote to earn pledged delegates. Voters in groups that didn’t pass that threshold can join another group or persuade people from other “non-viable” groups to join theirs, or simply remain undecided.

Iowan Democratic officials are releasing three sets of data this year: how caucus-goers voted in the “first alignment”, how they voted after switching from “non-viable” to “viable” candidates, and how many state delegates each candidate accounts for. With just 71 percent of precincts having reported the results as of the time of writing this, Pete Buttigieg has the highest delegate count despite losing out to Bernie Sanders in terms of both first and second votes.

What’s the difference between a caucus and a primary?

In a primary, each voter simply casts a ballot and no one knows which candidate they endorsed. Caucuses make that process more transparent.

A caucus is a much more time-consuming effort than a primary. It generally draws together the younger and more ideological voters, and for the same reason sees a lower turnout. An estimated 18.5 percent of Iowa’s active registered voters took part in caucuses in 2016, compared with 29.3 percent across all the Democratic and Republican primaries. 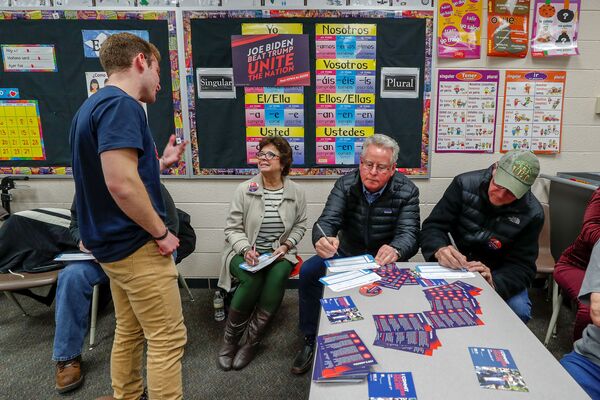 William Hedges (C) fills out a registration form as he participates in a caucus to support Joe Biden at the Algona High School in Algona, Iowa, U.S. February 3, 2020
© REUTERS / ERIC MILLER

At the same time, a caucus is a deeper political experience for a hesitant voter where one can debate issues and decide on their preference.

Some states may use primaries and caucuses for different parts of the voting process, and different parties can use different systems in the same state.

Caucuses originated well before primaries, but the former practice has been becoming increasingly extinct. This year, caucuses take place in just four states and three territories – Iowa, Nevada, North Dakota, Wyoming, American Samoa, Guam, and the US Virgin Islands — as opposed to 18 states and territories in 2016.