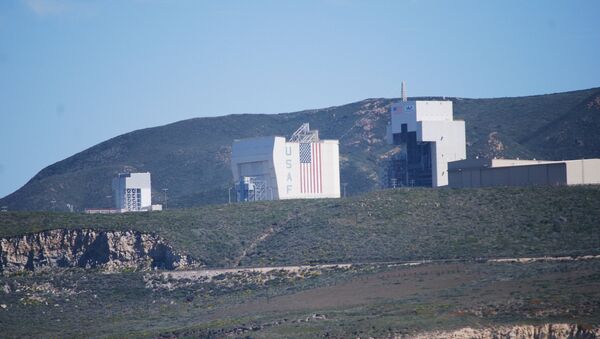 The US Air Force launched an unarmed intercontinental ballistic missile (ICBM) on Wednesday in an effort to further test the service’s ICBM system, the Air Force Global Strike Command confirmed in a news release.

The Minuteman III missile was launched at 12:33 a.m. local time from the Vandenberg Air Force Base in Santa Barbara County, California. The missile was also launched with a test re-entry vehicle, which traveled about 4,300 miles to the Kwajalein Atoll in the Marshall Islands.

​“These test launches verify the accuracy and reliability of the ICBM weapon system, providing valuable data to ensure a continued safe, secure and effective nuclear deterrent. Test launches are not a response or reaction to world events or regional tensions,” the Air Force Global Strike Command noted in the release, which also referred to the firing as a “developmental test launch.”

A developmental test launch uses a spare missile from storage “to validate flight worthiness of new or replacement components in an as-near-to operational environment as possible,” the release adds. On the other hand, so-called “routine operational test launches” use a randomly selected ICBM to test “fleet-wide reliability.”

In the statement, Col. Omar Colbert, commander of the 576th Flight Test Squadron, also noted that modernization programs and testing of the Minuteman III are essential.

“The Minuteman III is aging, and modernization programs such as this are essential in ensuring that our nation has a reliable nuclear deterrent through the rest of its lifespan and beyond,” Colbert noted.

“Most importantly, this visible indicator of our national security capabilities serves to assure our partners and dissuade potential aggressors.”

According to the Air Force, missile tests are planned six months to a year in advance. However, some have pointed out that Wednesday’s test corresponded to the one-year deadline for the New Strategic Arms Reduction Treaty’s (New START) expiration. The treaty, which is set to expire in 2021, was signed in 2010 by the US and Russia and is the successor to the Cold War-era START I and 2002’s Strategic Offensive Reductions Treaty. Under these treaties, the US and the Union of Soviet Socialist Republics - and later the Russian Federation - agreed to reduce and limit strategic offensive arms.

​“This morning, exactly one year before New START treaty expires, the US Air Force test launched a Minuteman III ICBM into the Pacific,” Hans Kristensen, director of the Nuclear Information Project at the Federation of American Scientists, tweeted Wednesday. “The test flew an unarmed W87 warhead and was part of a multi-billion dollar program to develop a new and more advanced fuze for the warhead.”

The US formally withdrew from the Intermediate-Range Nuclear Forces (INF) Treaty on August 2, 2019, citing alleged Russian violations as an excuse, along with the reluctance of other countries, including China, to join the deal. The Cold War-era treaty was signed by the US and Soviet Union in 1987, banning all short-medium-range (310-620 miles) and intermediate-range (620-3,420 miles) ground-launched missiles.