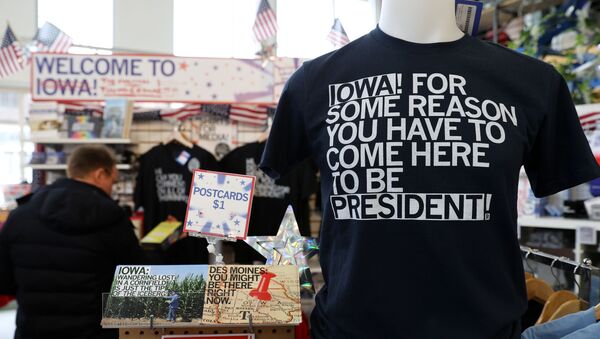 © REUTERS / JONATHAN ERNST
Subscribe
International
India
Africa
On Monday, the first official decisions will be made by American Democratic voters on which candidate they want to challenge US President Donald Trump for the presidency in November. Opinion polls have been notoriously capricious, but one Sputnik reporter said it’s Vermont Senator Bernie Sanders, passed over in 2016, who now has the initiative.

“This is a new year for the caucuses because of what happened in 2016. Bernie Sanders and his campaign have really focused on these being a much more transparent process,” Sputnik news analyst Bob Schlehuber told Radio Sputnik’s Loud and Clear Monday.

“[There are] about 1,700 precincts around the state of Iowa,” Schlehuber explained via phone call from the Iowa state capital of Des Moines. “People gather in large rooms, and they stand in groups of the candidate of their initial preference. If their candidate is above 15% of those in the room, they can stay with their group. If [your candidate] is less than 15%, you can then go to a different candidate: that is what is called being ‘viable.’ And at that point, it’s persuasion, it’s good relations, it’s knowing your neighbors, and it’s convincing people in those non-viable” support groups that your candidate is the best one for them. 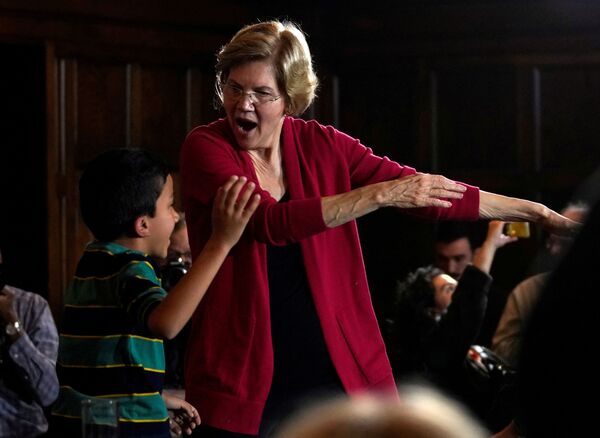 ‘America’s Elites and Ultra-rich Are Panicking’

“Iowa’s Democratic caucus Monday will mark the start of Bernie Sanders’ second attempt to take on the Democratic establishment and upset longtime party members by becoming their party’s nominee,” the Sputnik reporter told hosts Brian Becker and John Kiriakou. “But unlike in 2016, when Sanders ran for president the first time, he heads into Monday night’s caucus as the clear front-runner, and unlike in 2016, when he faced just one opponent - Hillary Clinton - this year he has a much wider field of Democratic challengers to contend with.”

“If that’s not enough, Sanders has to once again take on the governing institution of the primary process - the Democratic National Committee - who, in 2016, was charged with rigging the election in favor of Hillary Clinton. Just this week, the DNC has announced their convention committees, the committees that set the rules and party platform at the national convention, would be full of former [US President Barack] Obama and Clinton insiders who have spoken out openly about their disdain for Sanders,” he said.

“The DNC also unexpectedly changed their debate qualifying rules to easily allow for billionaire and former Republican Mike Bloomberg to participate in upcoming debates. With these moves, it’s clear America’s elites and ultra-rich are panicking,” he observed.

Schlehuber noted a slew of liberal figures, from filmmaker Michael Moore to public intellectual Cornel West and US Reps. Ilhan Omar (D-MN), Mark Pocan (D-WI) and Pramila Jayapal (D-WA), “all spoke to the need for Americans to abandon capitalism and embrace Sanders’ call for socialism.”

“For them, the banner of socialism was a winning issue,” Schlehuber observed. “For others, like former candidate and US Congress member Tim Ryan, it was another attempt to scare voters away from Sanders.” 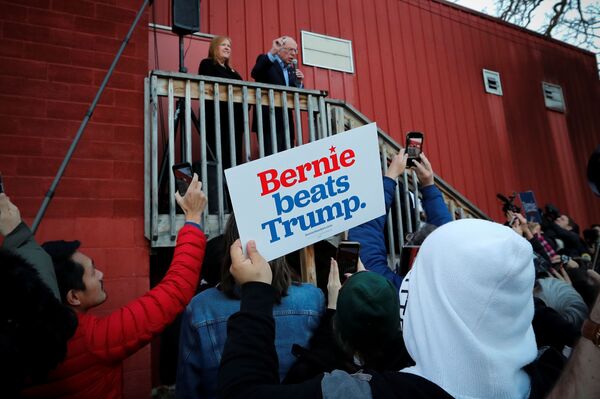 Ryan, whose defunct campaign criticized the left wing of the primary field for embracing social democratic policies, especially Sanders’ embrace of the name “democratic socialism,” has continued to criticize it as too easy a target for Trump. The president’s mantra for the last two years has been that “America will never be a socialist country.”

Former Secretary of State John Kerry, who like Ryan, is campaigning for former Vice President Joe Biden, was overheard by an NBC reporter in Des Moines on Sunday complaining on a phone call about “the possibility of Bernie Sanders taking down the Democratic Party.” He later quashed rumors that this was potential justification for him entering the race himself. Kerry narrowly lost the 2004 election as the Democrats’ candidate against Republican incumbent President George W. Bush.

‘The Only Way to Win is to Have the Right Candidate’

Iowan Sanders supporter Tony, a 30-year-old phlebotomist for the American Red Cross, told Sputnik that Democratic voters are ready to join Sanders in that fight.

“In 2016, the DNC made a mistake: they gave us the wrong candidate. And I think enough people are out now to show the Democratic Party the only way to win is to have the right candidate this time and not just give us the establishment,” he said.

Schlehuber noted that of all the rallies he attended, the only other one that enjoyed the youthful energy of the Sanders rally was that by Pete Buttigeig, the 38-year-old former mayor of South Bend, Indiana. At least one poll prior to the caucuses showed him leading the Democratic field. 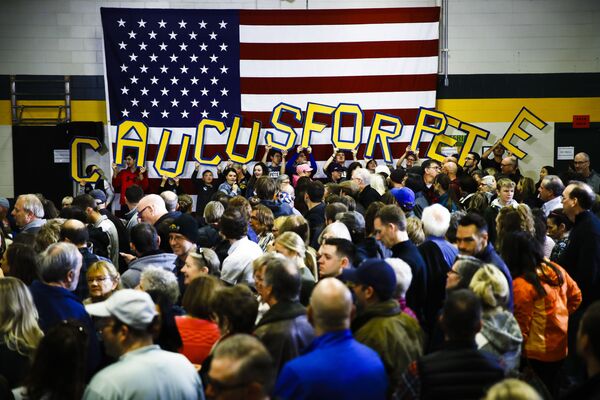 Other polls have shown various results, from Sanders leading by a large margin, with Biden in second place, to one that briefly showed Wisconsin Senator Amy Klobuchar in third place ahead of Buttigieg and Massachusetts Senator Elizabeth Warren just days ago.

Warren’s wavering in the polls is remarkable, given her campaign’s attention to microscopic detail in trying to influence all 1,600 of the state’s voting precincts, enlisting thousands of volunteers and dozens of paid staff members to touch bases around Iowa. However, the impeachment trial of Trump, which is conducted by the Senate, has occupied candidates holding office in the legislature’s upper house for the last few weeks immediately before the caucuses.