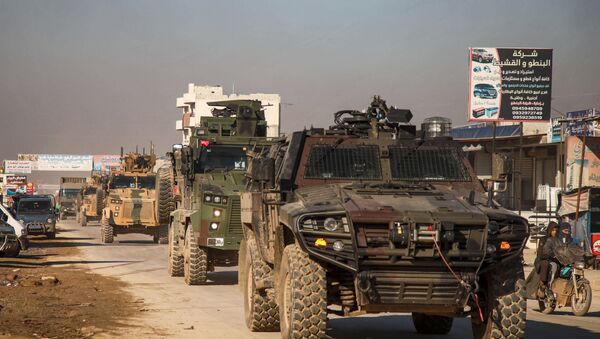 Tim Korso
All materials
Previously, the Turkish president slammed the Syrian military for attacking Turkish troops in Syria’s Idlib province, cautioning that Ankara will not leave such acts unanswered.

Turkish President Recep Tayyip Erdogan has characterised the current developments in Syria’s Idlib province as "unmanageable". He added that around one million refugees from the province have started moving towards the Turkish border with the Arab Republic, claiming that this is a result of Damascus' offensive in Idlib. The president said that it would be difficult for Turkey to receive so many refugees.

He further stated that the number of dead among Turkish soldiers due to Syrian shelling in Idlib had risen to eight and slammed Russia for ignoring Damascus' actions. Erdogan assured that the Turkish Army will not leave such attacks unanswered, but will respond both "from the ground and from the air". 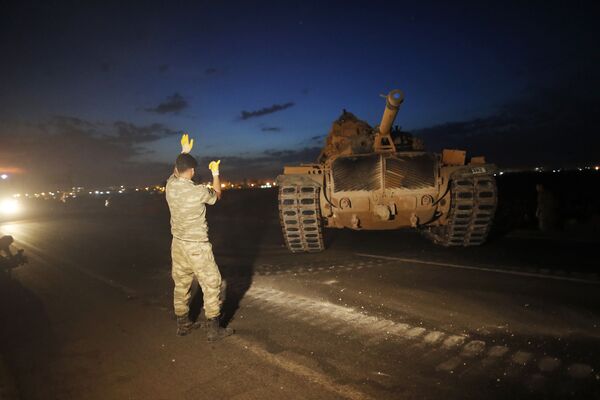 A Turkish army officer guides a comrade driving a tank to its new position, after was uploaded from a truck, on the Turkish side of the border between Turkey and Syria, in Sanliurfa province, southeastern Turkey, Tuesday, Oct. 8, 2019
© AP Photo / Lefteris Pitarakis

At the same time, Russian Foreign Minister Sergei Lavrov and his Turkish counterpart, Mevlut Cavusoglu, have discussed the situation in Idlib in a bilateral meeting.

The Russian Foreign Ministry said that as a result of the meeting, the sides agreed that all bilateral agreements reached during the September 2018 meeting between Erdogan and Putin must be upheld and that all terrorist elements based in Idlib must be separated from so-called "moderate opposition" forces. The sides also agreed that provocations against the Syrian military and citizens need to cease immediately.

In the past months Syrian army have been reporting numerous ceasefire violations committed by Idlib militants and responded militarily to them. On 2 February Turkey reported that its forces in the province suffered an attack by Syrian army, which resulted in multiple casualties and said that it struck back on Damascus' positions.

Turkey’s troops were deployed in Syria over the course of multiple Turkish offensives that had not been sanctioned by either Damascus or the UN Security Council. In order to prevent confrontation between Syrian forces and the Russian military supporting them on the one side and Turkish troops on the other, the three sides reached agreements in Astana and Sochi.