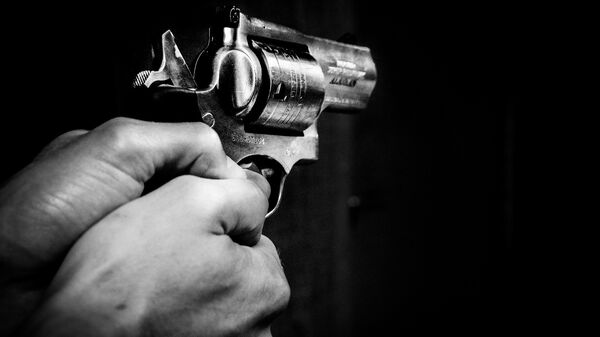 This is the second murder of a right-wing Hindu political party leader of late in Uttar Pradesh. In October 2019, national president of the Hindu Samaj Party Kamlesh Tiwari was also shot dead in the city of Lucknow.

A leader of the party Hindu Mahasabha (All India) from northern Uttar Pradesh was shot dead by two assailants on motorcycles in the heart of the state capital Lucknow on Sunday morning. Ranjeet Bachchan, a resident of the Gorakhpur district and home to the state Chief Yogi Adityanath, was on a morning walk along with his brother when the assailants opened fire at them.

​While the politician died on the spot, his brother has been admitted to hospital in critical condition.

"Forensic experts are scanning the spot. We have been scanning CCTVs and probing the case from all angles. The culprits will be behind bars soon", Deputy Commissioner of Police Dinesh Singh stated.

​According to the authorities, the assailants attempted to take Bachchan’s gold chain and cell phone during the incident, however, the motives behind the crime are yet to be determined.

Hindu Mahasabha is one of the oldest political parties in India, formed in 1915 to protect the rights of the Hindu majority in the country.