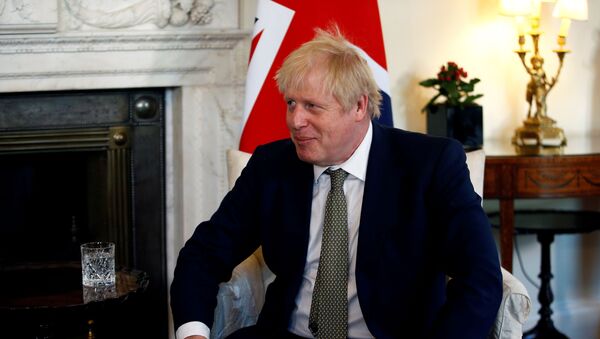 Britain has finally left the European Union after four years of wrangling among MPs. So now that Brexit is done, what is next on the Conservative Party's agenda?

When Boris Johnson unveiled the Queen’s Speech just before Christmas, after his landslide General Election victory, there was no doubt when the number one priority was - getting Brexit done.

He has achieved that now and his huge majority in Parliament means he will remain in office until 2024, so what else does he plan to do with all that time?

During the 2016 Brexit referendum the Vote Leave campaign proposed replacing freedom of movement for EU nationals with a points-based system using Australia as the role model.

The idea was ignored by Theresa May when she became prime minister after David Cameron resigned in the wake of the referendum result. 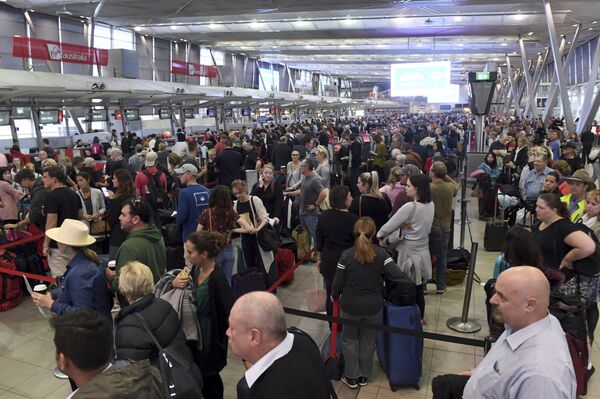 Instead, in the 2017 Conservative Party manifesto she pledged to reduce net migration to less than 100,000.

But she failed to hit the target and Boris Johnson has now adopted Vote Leave’s idea and promised to introduced an Australian style points-based system from January 2021.

Mr Johnson said the idea was to attract "the brightest and the best" whether they were from France or the Philippines, Bulgaria or Bangladesh.

Tonight's historic change needs to be followed by firm whilst friendly negotiations with the EU over our future trade arrangements. There must be no more UK concessions. We must take back full control of our laws, our money, our fish and our borders.

​So how would it work?

In Australia they set a cap on the number of visas which they hand out annually, divided between skills-based visas and those for relatives and humanitarian cases.

The skills-based visas are further broken down into employer-sponsored and independent individuals.

Applicants get points based on their age, their proficiency in English, their education qualifications, employment experience and skill set and that of their partners.

HS2 and Other New Railways

Boris Johnson is acutely aware that his majority - of 78 - in Parliament was built on demolishing the so-called “Red Wall” in the north of England.

Constituencies like Rother Valley in South Yorkshire had never had a Conservative MP before the December 2019 landslide and Mr Johnson knows he has to offer investment to these regions, many of which have been impoverished since the decline of traditional industries like coal mining, steel production and manufacturing.

That is why the government is persevering with the high speed railway project, HS2, despite massive projected overspends.

Parliament has already approved the London to Birmingham section and legislation is now being brought forth to pass the next bit, which would reach Crewe, a key railway junction south of Manchester.

Boris Johnson has also promised an east-to-west Midlands Rail Hub and a Northern Powerhouse Rail, which is effectively a railway linking Manchester and Leeds.

​He has also promised “significant upgrades to urban commuter and regional services” and has also pledged to undo the Beeching cuts, which led to the closure of hundreds of train stations in the 1960s.

Earlier this week Transport Secretary Grant Shapps put up £500 million for feasibility studies into reopening branch lines, such as one to Fleetwood, an old fishing port in the north west of England.

Last year the government launched a “root and branch” review of the railways and White Paper will be published this year, based on the recommendations in that review.

But the Tories have not forgotten the motorist and will be splashing £29 billion on roads and £2 billion on filling in potholes.

They have also put on hold the rollout of more “smart motorways” after it emerged 38 people had died on upgraded sections of the M1, M4, M6 and M62 in the last five years and there had been hundreds of near misses.

Protesters had hoped the December 2019 poll would be the “climate change election” but that was clearly not the case, with the Green Party winning only one seat, despite tripling its popular vote.

But Mr Johnson is aware the “climate emergency” is an issue he has to be seen to be tackling.

In the Conservative manifesto they pledged to spend billions insulating 2.2 million social housing units, to improve their energy efficiency.

The government has promised to plant hundreds of thousands of new trees and says it will set up a £640 million Nature for Climate fund.

The Prime Minister says it will table the first Environment Bill for 20 years, which will “create an ambitious environmental governance framework for post-Brexit” and ban the export of plastic waste to non-OECD countries.

Finally they are setting up a £500 million Blue Planet Fund to protect the oceans from plastic pollution and over-fishing.

The Tories are desperately trying to reclaim the badge of being the “party of law and order” after a difficult decade in which their austerity programme devastated the UK police and prison service and included riots in 2011 and a string of terrorist attacks in London and Manchester. 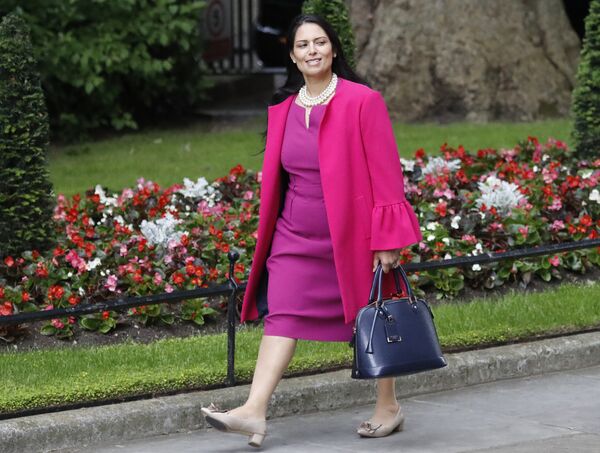 Priti Patel, then Secretary of State for International Development, arrives for a cabinet meeting after the general election in London, Monday, June 12, 2017.
© AP Photo / Frank Augstein

Brexit will have an adverse impact on policing because UK police can no longer rely on the European Arrest Warrant and will be barred from using the Schengen Information System (SIS), which currently allows them to search for information in EU police forces’ databases about people arrested or under investigation in the UK.

The government will therefore be introducing an Extradition Bill which would create powers to arrested suspects who are in the UK but are wanted in “trusted” countries, although it is not clear who would be included on the list of “trusted” nations and whether they would reciprocate.

The Sentencing Bill will change the amount of time convicted offenders spend in prison - they would have to serve two-thirds of their sentence, rather than a half as it is at the moment.

Critics have said longer sentences will not reduce crime but the measure will be popular with the public.

A Foreign Nationals Offenders Bill is also being introduced and it would increase the punishment available for migrants and others who sneak back into the EU after being served with a deportation order.

When the UK Supreme Court ruled in September that Boris Johnson's advice to the Queen to prorogue Parliament was unlawful it highlighted the absence of a British constitution. 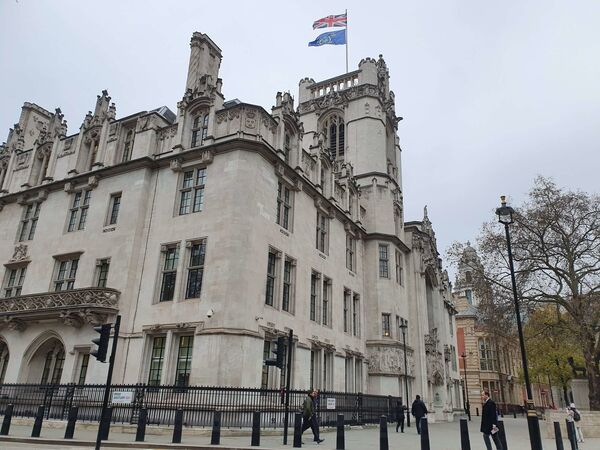 Unlike most countries Britain does not have a written constitution so every political manouevre is effectively open to interpretation by judges.

The Conservatives want to change this but rather than draw up a written constitution, they have proposed a "constitution, democracy and rights" commission which will look at the balance of power between the government, Parliament and the judiciary.

It is expected to make its recommendations later this year.

Boris Johnson may also make another attempt to redraw the constituency boundaries and reduce the number of MPs from 650 to 600, a move which would reduce Labour’s representation in cities like London.

The National Health Service is under severe strain and would be stretched beyond its limits if the number of coronavirus cases were to increase beyond the two identified in Yorkshire on Friday, 31 January.

In their election manifesto the Conservative Party pledged to do a U-turn and reintroduced maintenance grants for nursing students, something which was scrapped by Theresa May’s government in 2017.

An NHS Funding Bill will be pushed through Parliament and Mr Johnson has promised to build 40 new hospitals over the next 10 years, as well as upgrading 20 other hospitals.

The government is also proposing mental health reforms and will bring in legislation to improve patient safety and boost the number of clinical trials for new drugs.

​But one of the thorniest problems the Prime Minister has to deal with is the crisis in adult social care, with experts warning the extra £1 billion a year which has already been promised will not be enough to prop it up.

The Conservatives have postponed a White Paper on funding adult social care for several years as they knew it was a political hot potato which they would struggle to get through Parliament.

But now he has a majority of 78 Mr Johnson will think the time is right to push ahead.

In the Queen’s Speech, the government said: “Ministers will seek cross-party consensus on proposals for long term reform of social care. They will ensure that the social care system provides everyone with the the dignity and security they deserve and that no one who needs care has to sell their home to pay for it.”

But the details of what is proposed remain scarce and there is no sign of a Social Care Bill this year.

But Fox Hunting Ban Will Stay

One of the items which will not be on the agenda is the restoration of fox hunting, which was banned by Tony Blair’s government.

Think all the time about how Tony Blair said he has no regrets over Iraq or tuition fees but thinks his two biggest errors were to ban fox hunting, and introduce Freedom of Information, stark raving bonkers man.

​In the 2017 election manifesto Theresa May promised to "grant a free vote, on a government bill in government time, to give parliament the opportunity to decide the future of the Hunting Act."

But Boris Johnson has accepted that although the idea of bringing back fox hunting remains popular among Tory voters in the countryside, there is little appetite for it in the rest of the nation and it is an issue best left untouched.

The December manifesto simply said a new Tory government "will make no changes to the Hunting Act."