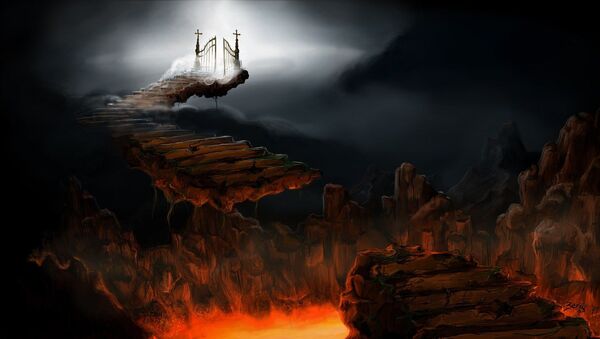 Since time immemorial, humanity has been preoccupied with one question – how to beat death, or at least prolong life. Now we can produce vital organs using 3D printers and make formidable prosthetics that are able to help people return to leading normal lives. However, some new research claims that people shouldn’t be afraid of death…

Dying is generally a positive experience and feels like euphoria or bliss, claims a new study at Western University, Canada, and the University of Liege, Belgium. The research found that most people who have had near death experiences (NDE) had pleasant feelings that were so intense that they did not want to come back to life.

Researchers say that text mining provides an unbiased approach to understanding one of the most mysterious processes. "This is important as it suggests that individuals are not relating to their NDEs negatively", the report says

"There is no bias with text mining, which is contrary to behavioural studies like Greyson scaling when individuals are asked specific questions”, said Andrea Soddu, an associate professor in Western University’s Department of Physics and Astronomy. "Text mining is completely unbiased. It is fully automatic and we, as researchers, don’t make any assumptions".

Doctor Sam Parnia, director of critical care and resuscitation research at the NYU Langone School of Medicine in New York City, who has brought thousands of patients back from death, said that even if a person was in pain before he experienced a near death experience, the process of dying was blissful.

"They describe a sensation of experiencing their deceased relatives, almost as if they have come to welcome them. They often say that they didn’t want to come back in many cases, it is so comfortable and it is like a magnet that draws them that they don’t want to come back”, Parnia told during the Oz Talk Show.

Dr Parnia stressed that seeing things during an NDE is not evidence of an afterlife, describing the process as the human brain scanning itself as a survival technique.