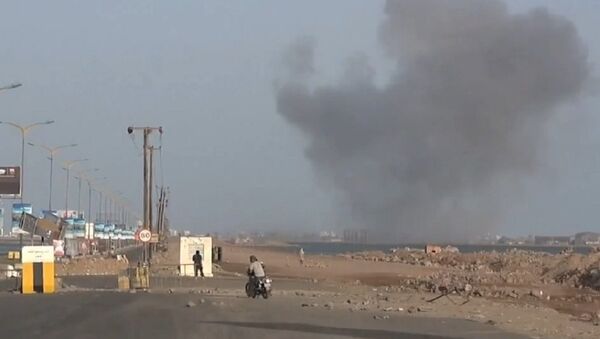 The al-Qaeda terrorist group has reportedly been plotting attacks against the United States and Europe. The Yemeni branch, spawned after the death of the organization's leader, Osama Bin Laden, is said to be the most active offshoot of the remaining militants expecting their inevitable extermination in dens on the Arabian Peninsula.

After months of sophisticated intelligence-gathering regarding al-Qaeda leader Qassim al-Rimi, 41, the US carried out an airstrike that reportedly hit the hidden terrorist, The New York Times reported Friday, citing three current or former American officials.

If the US military confirms the reports, the death of current terrorist number one could significantly undermine al-Qaeda positions and its associates, according to the NYT.

US officials warned that despite the ranks of al-Qaeda militants being depleted due to precise US strikes against their bomb-makers and English-language propagandists, the group remains a dangerous one, the media outlet said.

According to a US official familiar with the matter, US intelligence tracked down Rimi’s location from an informer in Yemen last year, the NYT said, adding that the provided information enabled the tracking of the terrorist leader through surveillance drones.

The NYT also said that a drone strike earlier this month targeted two militant suspects in the area of Wadi Abedah in central Yemen. Local media reports did not identify the people killed at the time.

Moscow Urges London to Clarify Whether Founder of 'White Helmets' Had Links to Al-Qaeda
Rimi is reportedly a veteran of al-Qaeda’s training camps in Afghanistan who later returned to his native Yemen and whose terrorist traces lead to the era before the 11 September 2001 attacks.

The al-Qaeda terrorist was previously sentenced to five years in a Yemeni prison for plotting the assassination of the American envoy to the country, but he broke out of prison and after his escape made a career among al-Qaeda's ranks.

The US Department of State has offered a $10 million bounty for information leading to Rimi's capture, because he was reportedly linked to numerous plots against American citizens and US assets.

Last year, the White House confirmed that US forces killed a senior terror coordinator for al-Qaeda, Ibrahim al-Asiri, in a counterterrorist operation in Yemen.