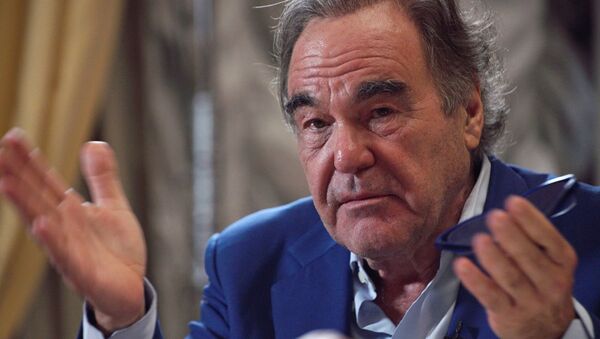 © Sputnik / Alexei Druzhinin
/
Go to the photo bank
Subscribe
Oliver Stone’s films have won 12 Academy Awards including two for Best Director, as well as a bunch of Golden Globes and BAFTAs. His new focus is documentaries – on Venezuela, Ukraine, and Edward Snowden – all reflecting on the dubious activities of the US government both at home and abroad.

000000
Popular comments
After WW II not a single soldier has fought for their Countrymen; instead they've been brainwashed into Mercenaries for the Oligarch Agenda. When returned with PTSD they are permitted to reside under a bridge for their Oligarchy Achievements.
JABOOTIE
31 January 2020, 16:37 GMT13
000000
I love the man! So few other famous people tell as it is in USrael.