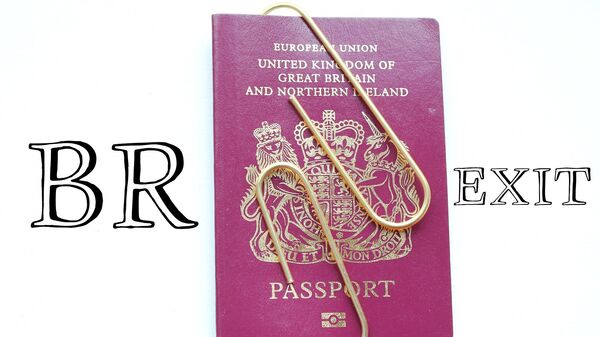 Political and economic turbulence aside, Brexit is poised to have a massive impact on Britons’ everyday lives, potentially impacting international travel and the right to live in the EU. Many have sought to avoid scenario this by getting an EU passport.

The 2016 EU referendum has generated a huge demand for foreign passports in the United Kingdom, with the Republic of Ireland being the most popular choice.

According to figures from nine countries that supplied data, quoted by The Guardian, nearly 360,000 people born in the UK have applied to get or renew an EU passport since 2016.

The Republic of Ireland is an EU member, and provides perhaps the easiest way for Britons to obtain EU citizenship, given that an applicant who has at least one Irish-born grandparent can qualify for a passport.

Figures have also grown in Italy, Spain, Denmark and Finland, but none of these countries broke the 1,000 threshold.

British people voted to depart from the European Union in a highly divisive referendum by 52 percent to 48 percent in June 2016, paving the way for more than three years of uncertainty and chaos.

That uncertainty will end today at 23:00 GMT, when Boris Johnson’s government will finally get Brexit done. The country will still continue to abide by most of EU rules during the 11-month transition period, while it renegotiates its future relationship with the bloc.